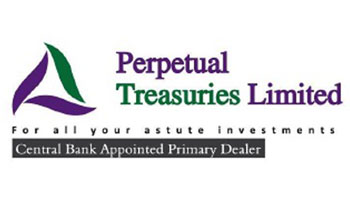 A senior officer of the Central Bank’s EPF Department, Saman Kumara, who dealt on behalf of the EPF in secondary market transactions with Perpetual Treasuries Ltd., (PTL) has been interdicted by the CB, the Additional Solicitor General (ASG) today confirmed to the Presidential Commission of Inquiry (PCoI).

This was revealed when SC Justice Prasanna Jayawardena questioned ASG Dappulada Livera on media reports regarding the interdiction.

Questioning about the interdiction, Justice Jayawardena emphasized the significance of Mr. Kumara’s involvement saying, ‘he played the star role as revealed in the Pan Asia Bank DGM’s evidence so far’.

Mr. Kumara was the dealer for the EPF in secondary market transactions with PTL, where Pan Asia Bank (PABC) had acted as an intermediary for both, due to regulatory counter party restrictions.

According to the testimony of Deputy General Manager of Pan Asia Bank, R. A. Benedict Dias, earlier it was revealed that on the instructions of the former chairman of PABC, Nimal Perera, the decision to act as an intermediary was made.

The evidence of Mr. Dias transpired that he had two meetings with Arjun Aloysius in the presence of the former chairman in June, 2015 and March, 2016.

The first meeting was in relation to the PABC’s role to act as an intermediary in secondary market transaction between EPF and PTL, while the latter was in connection with whether to facilitate PTL with ‘intraday inject of cash’ to settle payments regarding the bonds that they had obtained at the auctions that took place on March 29 and March 31, 2016.

Earlier, it was also revealed in his evidence that Saman Kumara had obtained a loan of Rs. 25 million for private purposes from the Pan Asia Bank when Nimal Perera was the Chairman.

Reliable sources said that CBSL officials are not permitted to obtain loans from other banks without special permission.

Meanwhile, Kalinga Indatissa PC who appeared on behalf of Arjun Aloysius today cross examined the witness regarding the allegations made against his client over interfering with the witness.

During the cross-examination, the witness assured that after the meeting he had with Mr. Aloysius on June 30 prior to him being summoned to give evidence, Mr. Aloysius and himself had no mobile conversations even though Mr. Aloysius had made several ‘WhatsApp calls’, which were not answered deliberately by the witness.

When President’s Counsel asked the witness whether he had a fear of losing his job at the time he was meeting Mr. Aloysius, witness replied saying yes and that there was a concern.

It was revealed when the commission questioned, that there was a fallout between the former chairman of PABC and the largest share holder of PABC, Dhammika Perera in March 2017, and subsequently, two officials of PABC were sacked.

The witness explaining to the commission said that those two officials who had been sacked recently were following instructions of the former chairman, Nimal Perera.

‘So, I was worried because I also acted according to the instructions of the former chairman over the decision to act as an intermediary’, he said.

“I said no, and assured that I never even had a cup of tea with those people who were involved in the transactions. We got only a nominal amount of profit in acting as an intermediary.”

After that conversation, the witness said he received a call from Mr. Aloysius questioning whether the profit gained by PABC in the intermediary role was nominal or considerable.

“I doubted why Mr. Aloysius phoned me and questioned about profit soon after the conversation I had with Mr. Perera, therefore I was also in need of meeting Mr. Aloysius to clarify important things. Hr phoned me on June 30 and was pleading to meet me, and I also wanted to meet him to get clarifications,” he said

Earlier the witness said he was asked to support in PCoI proceedings by Mr. Aloysius when he met Mr. Aloysius at his house on June 30.

Further examinations of the witness will continue on Wednesday. (By Shehan Chamika Silva)