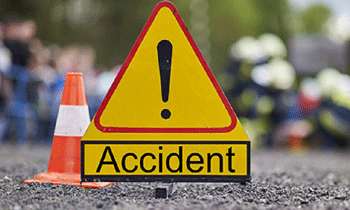 An eight-month- old infant was killed and seven others were injured when the car they were travelling in veered off the road and crashed into railings of a nearby bridge at Madapalla in Kochchikade on the Negombo-Meerigama Main Road last evening, Police said.

According to the police, the driver had lost control of the vehicle.

Four women, three men and the boy were inside the car when it met with the accident. The injured were admitted to the Negombo General Hospital.

The deceased has been identified as Lushanth Yoga Shanthan, a resident of Periyamulla.