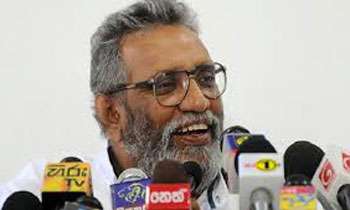 In the wake of mounting pressure from the Opposition to conduct the elections to the Provincial Councils, the Elections Commission had sought a meeting with the MPs of the United People’s Freedom Alliance (UPFA) sitting in the Opposition, sources said yesterday.

Around 70 UPFA MPs sit in the Opposition under the banner of the Joint Opposition. These UPFA MPs have demanded the elections be conducted as early as possible.

Against the backdrop, Elections Commission Chairman Mahinda Deshapriya is reported to have sought to meet with these UPFA MPs in the opposition.

It is learnt that Mr Deshapriya was planning to brief the MPs on the inability to conduct the elections due to the enactment of fresh legislation to change the electoral system.

The Government is currently caught in a legal dilemma being unable to hold elections either under the old system (PR) or the new system (FPP and PR). (Kelum Bandara)