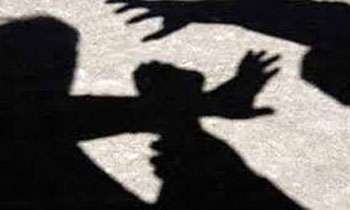 Some tourists including a Dutch male and two other women tourists were reported to have been brutally assaulted in Mirissa on Sunday morning when they resisted attempts to sexually assault the women.

“The night started fun until more and more local guys began to inappropriately touch the girls in our group and also other tourist girls at the bar. We complained about this to the guys working at the bar, but they laughed at us and continued to laugh every time a local guy harassed a girl. After a while, we decided to leave until things escalated between local guys and a group of tourists” Raffie Van Maren a 19-year-old Dutch national told Daily Mirror.

Maren says he attempted to inform the management throughout the night of the harassment to no avail,

Visitors to Mirissa said that the behaviour of the employees is a common occurrence. The waiters are youth from the area colloquially referred to ‘” Beach boys”.

The escalation of the incident to the assault had occurred after one of the locals had attempted to rub his penis on a females shoulder whilst they were seated.

“When I saw this I told the guy that this was unacceptable, and the girl, in shock, stood up and got really angry with him. Things started to escalate and while this was going on, we decided to get out of there as soon as possible. We walked towards the exit of the beach when we saw local guys running towards us. One guy we were with got punched to the ground and was repeatedly kicked and punched by 5 or 6 guys at the same time, all of these guys had been in the Surf Bar and Restaurant before” Maren said.

Thereafter a group of around eight to 10 locals had mercilessly assaulted Maren and two other females from Briton.

“One guy we were with got punched to the ground and was repeatedly kicked and punched by 5 or 6 guys at the same time, all of these guys had been in the Surf Bar and Restaurant before. One local started running towards me but before I knew I was on the ground getting punched and kicked at by eight guys at the same time. I was screaming and shouting but they did not care and kept going for at least ten minutes. My forehead was busted open as well as my right ear and my right arm” he said.

Tania Pelly, a female who was assaulted detailing the incident said that she and her friend were punched by the group after which 4 men had attempted to take her “to bed”.

“One man pushed Rosie, pulled her hair back and punched her in the back of the head. In the commotion I lost our group including Rosie, I walked further down the beach to try and find them and a group of four men approached me and told me to come with them one of them was insisting that he would “stay in my bed tonight” she said. Pelly and her friend had thereafter been assaulted again by the group.

“ A man from the previous group of attackers came running towards us shouting ” repeatedly and tried to punch Rosie. He then pushed me forcefully to the ground and began kicking me” she said.

Tourist around the area told Daily Mirror that attempts to sexually assault women are rampant in the area and assaults such as this occur from time to time.

“ These are tourists and they don’t want to go through the entire ordeal of the legal process in Sri Lanka. They are here for a short time and therefore the incidents often go unreported” an owner of one of the properties in Mirissa told Daily Mirror.

However, Tania Pelly and Raffie Van Marren have lodged complaints with the Tourist Police via electronic mail.

Earlier a British National Khuran Shaikhy was murdered in 2011 and his girlfriend was raped by locals creating international media attention on the safety of tourists in Sri Lanka. 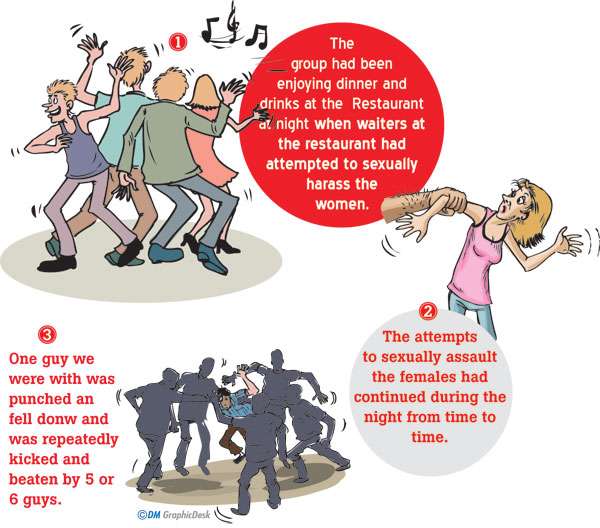