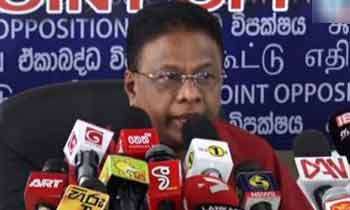 He told a news briefing held today that the Government had made several attempts to ban social media websites but it was unsuccessful because the people kept agitating against such moves.

“Government has now realized that social media websites were an obstacle to their survival and that is why it is attempting to introduce laws to ban social media in Sri Lanka,”the MP said. (Sheain Fernandopulle)