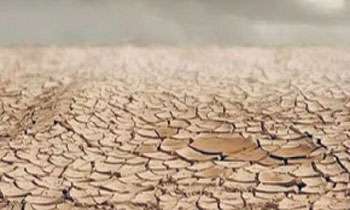 A population of about 82,000 people representing 24,100 families in the Kilinochchi District have been affected by the drought prevailing in the area.

A senior official of the District Disaster Management Centre said the people of Kilinochchi, Kandawalai. Pachilipalai, Karachchi and Poonaryn divisions were the worst affected. He said all garden wells had run dry creating hardships for the people for want of drinking water.

Meanwhile farmers pointed out that all tanks and canals in Kilinochchi, Dharmapuram, Puliyanpokkanai and Kallaru areas had run dry and the cattle and other animals were dying as a result. They said the wild elephant roaming into the villages in search of water were destroying paddyfields and home garden crops. The farmers said their cultivations would be ruined and crop failure would result in a severe shortage of paddy if the drought continued.

Official said steps were being taken to provide a skeleton supply of drinking water to the affected areas. (Romesh Madushanka)