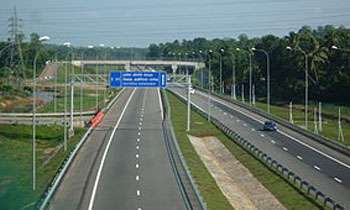 He said the cyclist had entered into the expressway at the Galanigama Interchange via a toll gate which was closed during the time.

The Cyclist had driven over the centre median and had proceeded towards Dodangoda.

He was later arrested by the Highway Traffic patrol and handed over to the Bandaragama Police Station.

Police said the Cyclist was not under the influence of liquor when he was caught and his motive for the offence was not yet established.

The suspect has been released this morning under the Police bail. (Thilanka Kanakarathna)