You are here: Home / Breaking News / Cricket administrators should be accused of defeat: Arjuna – Daily Mirror 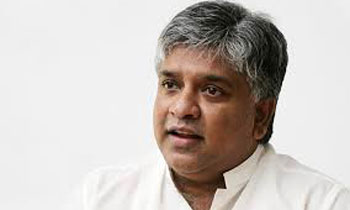 He told parliament that it was the innocent people who were held responsible for the failure in cricket and added that no one talked about the failure in the administration.

“The cricket fans are perturbed today. It is the good people who become responsible. The coaches and captains were chased away during recent defeats. No one talks about the failure in the administration,” he said.

He said the authorities were trying to hide the failure in the administration by passing the buck to cricket manager Asanga Gurusinghe this time.

He said the Sports Ministry should formulate a mechanism to protect the players and added that mentality of the players had been deteriorated by the administration.

He said the failure in Sri Lanka cricket was due to non-implementation of sports rules and regulations where some people involved in betting and newspaper industry were engaged in cricket administration.

JVP MP Nalinda Jayatissa also said that Sri Lanka cricket should be free of political interference for the development of the game. (Ajith Siriwardana and Yohan Perera)