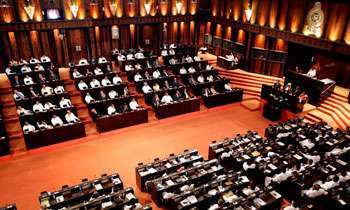 The Constitutional Council (CC), which makes recommendations for the appointments of Independent Commissions and key appointments in the State sector, remain defunct virtually as six out of seven slots reserved for nominated members have not been filled at the moment, it is learnt.

The CC is a body that consists of ten members. Seven are nominated members. The three others – the Speaker, the Prime Minister and the Opposition Leader – are ex officio members.

The three-year term of seven nominated members ended recently. However, only President Maithripala Sirisena has nominated Minister Mahinda Samarasinghe as his representative to the CC at the moment. Accordingly, there are four members of the CC now in place.

According to parliamentary sources, the CC cannot hold its meetings until another member is nominated to meet the quorum of five.

Prime Minister Ranil Wickremesinghe and Speaker Karu Jayasuriya held a meeting recently to work out the modalities for the selection of three civil society members. For this purpose, civil society organizations such as PAFFREL are to be consulted. (Kelum Bandara)