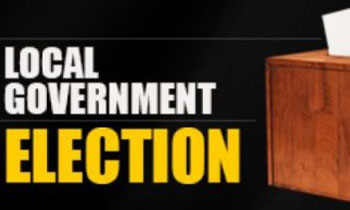 A candidate contesting for the elections to the Kattankudi Urban Council has claimed compensation from President Maithripala Sirisena for putting up posters on his wall by supporters of the SLFP led by the President.

National Front for Good Governance (NFGG) candidate A.L.M. Sabeel said in a letter to the President that SLFP members had pasted posters on his wall besmearing it and requested that he be paid Rs.7,500 as the cost of colour-washing the wall.

He said he had colour-washed the parapet wall around his house recently and the supporters of the SLFP had pasted posters announcing the President’s visit to Kattankudi on January 31.

Reminding that election laws that restricted the pasting of posters, Sabeel said while his party, the NFGG had so far adhered to the law, the President’s party had not only violated the law but also caused damages to the properties of residents of the area.

He asked how could the President expect the other parties to adhere to election laws if his party did not follow them and requested the President to pay him compensation during his visit to Kattankudi while pointing out the importance of compensating those who had been similarly affected by posters put up by the President’s party.

NFGG is a party that supported President Maithripala Sirisena at the previous presidential election. (A.H.A. Hussain)