You are here: Home / Breaking News / Can a British citizen be a leader of a political party in Sri Lanka? – Daily Mirror 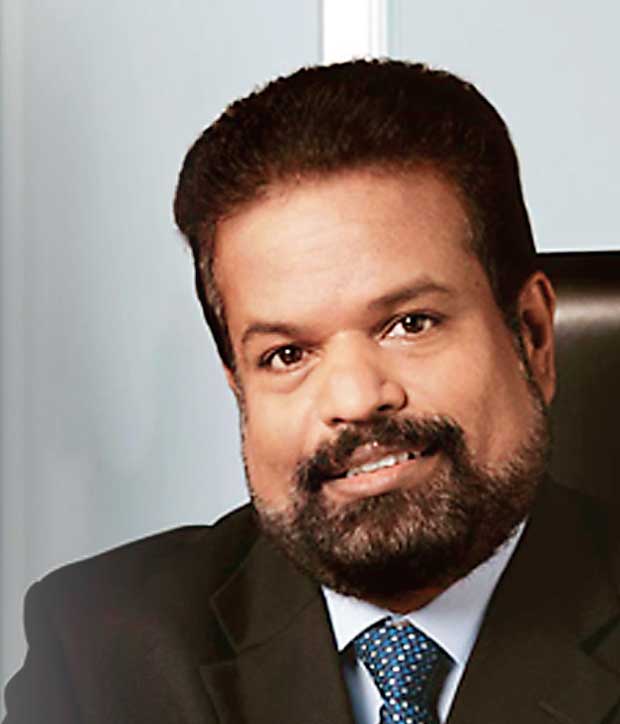 What is the validity of the election process of the nominated candidate by a political party led by a foreigner?

Citizen and the Constitution
Under the Constitution any citizen who is qualified to be elected to the office of President may be nominated by a recognized political party (Article 31) elected by the people (Art (30-2) and hold office for a period of six years. Citizenship is described in Article 26 as the entitlement of one who has exclusive rights to be a member of the legislature and the Executive. Voter is defined in the Constitution and the subsidiary legislation as a citizen qualified with restrictions which indicate the intention of the legislature that it is only citizens of Sri Lanka who have the exclusive right to be members of the legislature and the Executive which is further qualified in the 19th Amendment repeatedly.

In the United Kingdom a commonwealth citizen whose name is registered can exercise the vote but not is able to be a member of the Parliament. During the colonial rule “Brace girdle” – a British subject – was deported from the country for being a political troublemaker. Now that “Shalila Moonasinghe” – the former CEO of “Litro” Gas who is accused of USD 1.1 million fraud and  is in remand is suspected to be a British Citizen who has brought more complications on the election process of the current President who was nominated by the New Democratic Front in which “Moonasinghe” is the President of the party with powers to nominate the candidate of the organization and disciplinary matters of the members on the Presidential election and whether it continues to date as a right of the nominated party head is a moot issue.

In undemocratic Political parties in Sri Lanka the president of the party has the dictatorial and final say in all matters including the selection of candidates for the elections where “Sarath Fonseka” currently a powerful Minister and Mithripala Sirisena, the incumbent President were nominated to contest the presidential elections. According to the 1978 Constitution the political party in which the elected citizen is a member is at the mercy of the party Chairman who can expel the member subject to a disciplinary inquiry which is not taken seriously in the dictatorial party procedure in any political party.

Today it is in the public domain how President Sirisena is exercising his authority over the party as the chairman of the party, and one wonders what powers “Shalila” has over President Sirisena as the nominee of his political party who has subsequently switched over to the SLFP which is an interesting matter before the legal experts

In the SLFP or UNP a member of the parliament could be expelled easily and the remedy is only before the Supreme Court with a complicated process indicates the plight of members of a political party well known to President Sirisena exercising his powers in the SLFP on the dissident members. Today it is in the public domain how President Sirisena is exercising his authority over the party as the chairman of the party, and one wonders what powers “Shalila” has over President Sirisena as the nominee of his political party who has subsequently switched over to the SLFP which is an interesting matter before the legal experts.

On the face of it and morally though it appears to be illegal, surprisingly and unusually the Chairman of the Election Commission was quick to respond to state that there is no bar or prohibition for a British Subject to head a political party in Sri Lanka, which to the common man is too quick a response with less responsibility and a further statement that a foreigner could be a member of a provincial council! Apparently as a second thought now he is seeking legal advice and consults Professor “Hool” of EC and legal experts for clarifications. He being a person following “Dhammapada” (according to his statements to media) Section 12 “ they who see the truth and untruth as untruth, will see truth because they entertain right thoughts” is the most appropriate stanza for him to follow and be careful in dealing with truth and the public affairs diligently and with a cautious approach.

“Geetha Kumarasinghe” was unseated which is in appeal alleged to be a dual national, “Gotabhaya” Basil and many other dual national holders are shut down from contesting Presidency (19th Amendment to the Constitution) appointment of controversial Arjun Mahandran – a Singaporean national as the Governor of the Central Bank by the Prime Minister and appointment of a British Subject “Shalila Moonasinghe” as the Chairman of “Litro Gas” by “Ravi Karunanayaka” lead to deeper controversies and legal complications. Ravi Karunanayaka should have known the deeper backgrounds of “Moonasinghe” and “Shamila Perera” the President and Secretary of the party being close associates from the time they were benefited from Hon “Lalith Athulathmudali” in the height of power then, and dealings with “Arjun Aloysoius” in ‘bond’ and ‘pent house’ dealings. “Shalila” foundation collected the funds and if there are independent inquiries many revelations will follow with strong political and financial connections of high positions. “Chaminda Nawamuni” was caught when the two Indian
counterparts escaped.

Legal basis and implications
“President Sirisena” was nominated by the NDF formed in 2006 with “Shamila Perera” as the Secretary – a breakaway group form the UNP headed by late“Lalith Athulathmudali” – a powerful Minister under “JR Jayewardene “the architect of the 1978 Constitution giving dominant and enormous powers to political parties. Chairman of the Election being quick in making a public pronouncement that there is no bar or a legal impediment on a foreigner becoming a Chairman of a political party is improper, unsafe and too quick for a seasoned senior election officer who may have grilled and gone through a large number of applications made by political parties including NDF in the processing process. EC member Prof.

“Hoole” too made a statement that the NDF is registered under the relevant Act (Act no 1/1981) and even though a mistake is made it is too late to take any further steps which are contrary to the SC judgment in the case of “George Kotalawala” where the second in line at the contest was awarded post of MP considering” Perera’s based on “votes thrown away”. There may be a possibility of a “Quo Warranto” to nullify the election process.

In case No. SE/FJ/26 of 31/3/2016 the application was rejected for not including the averments that the applicant is a citizen of Sri Lanka which is a trivial correctable defect and in the case of Nobel Resources tender case this matter being taken up and a controversial decision made indicates how seriously these matters are considered by the judiciary. These revelations indicate the intention of the legislature and judiciary on the issue in dealing with non-nationals currently in abundance by way of NGOs and exploiters of national wealth with the business/underworld in the country.

In the same way the Election Commissioner should have been careful in dealing in the registration of politically applying the principle “You should know the customer” it is the obligation of the elections commissioner to take all precautionary measure on fraud, terrorism, citizenship, anti-state movements, on selecting a person with authority to nominate the future leaders of the Nation. One can argue that in this scenario too the principle of “votes thrown away” is a possibility if proper steps are taken with an independent and fearless authoritative decision making process. In the international arena prizes medals and awards are withdrawn if it is found frauds or wrongdoings in the electing process and may lead to an anachronistic situation.

“Shalila” a powerful personality
Being such a rich and powerful personality why did not “Shalila” obtain dual citizenship which is easily given now within hours is questionable. Most Sri Lankans claimed asylum in the UK, liberal on granting safe haven (asylum) on the grounds of persecution on political religious and other matters under the 1951 convention of refugees and there may be many other matters for him to hide from the public domain now emerged accidentally as a result of the fraud. If researched and studied carefully this sage may result in an opening of a “can of worms” and a “floodgate” of many connected issues connecting many in power who are already in major controversies.

Way forward and serious thoughts
This incident gives an opportunity for serious thoughts on the procedure on granting dual citizenship freely to those who left the country for various shady reasons, complete overhaul of the citizenship act which is out- dated and unpatriotic unlike in many parts of the world including USA, Sri Lanka considers as a guiding force and changes to party dictatorship, electioneering process and abolishing of the inactive and unproductive commissions formed under the 19th Amendment including the Election Commission which is a mere toothless talking shop. It is illegal and immoral and unsafe for a foreigner to be a leader of a political party recognized based on a statute and/or by the Election Commission/Commissioner. These revelations prove that what is permanent is the non-permanence in deed that applies to every being!

(The author is a Solicitor, attorney-at-law and former ambassador to UAE and Israel takes responsibility to the contents and could be contacted on sarath7 @hotmail.co.uk)