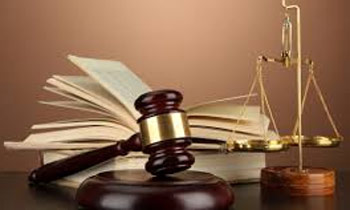 The document prepared by the Auditor General in selecting samples of ‘Treasury Bond Auctions’ he would audit with regard to the Central Bank bond sales contained miscalculations, it was revealed yesterday during cross examination.

Initially, Auditor General Gamini Wijesinghe was required to conduct a special audit on bond auctions held between February 27, 2015 and May, 2016.

He had decided to conduct the audit on the two particular auctions based on a document prepared by him using data on the CBSL bond sales during this period.

At the cross examination led by Senior Counsel Shanaka de Silva, who appeared for former Governor it was revealed that the Auditor General had selected sample auctions unfairly because he had only decided to conduct audit those betwee February 27, 2015 and March 29, 2016 and that the decision was taken based on inaccurately prepared documents.

It was revealed that the Auditor General had computed wrongly in the document when deciding percentage of excess amount of bids accepted on March 29, 2016 comparing to the offered amount of the bids.

The miscalculated percentage of excess amount of bids accepted depicted in the AG’s document as 326%, where it should be 190% compared to the offered amount of bids at the particular auction, explained Mr. de Silva.

Mr. de Silva was of the view that the AG was biased when selecting sample auctions for auditing.

The AG had responded saying his miscalculations had not affected his final recommendations in the audit report submitted to COPE, therefore they were not serious.

Nevertheless, the PCoI said the matter revealed by the counsel representing the former governor was a serious matter since the commission would rely on the data submitted by the AG and therefore a correction was required in case of miscalculations. (Shehan Chamika Silva)