You are here: Home / Breaking News / Be ready to be jailed for giving false evidence: DEW tells Ravi – Daily Mirror 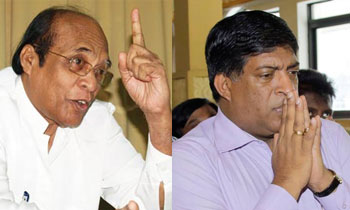 Former COPE chairman D.E.W. Gunasekera said today MP Ravi Karunanayake should be prepared to go to jail and wear the jumper, for giving false evidence at the Bond Commission inquiry.

He said the former minister had never told a truth during the investigation.

“He then said the report was false. As far as we know, all these things Ravi said are lies. The Bond Commission has made clear allegations against him for giving false evidence. Now this issue is at the level of taking judicial action. Therefore, he cannot escape. He will have to go to jail. We remind him to be ready to go to jail wearing the jumper,” Mr. Gunasekera said. (Muditha Dayananda)