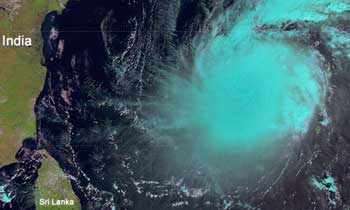 An Atmospheric disturbance has developed in the southwest Bay of Bengal bringing in its wake heavy rains in the Northern Part of Sri Lanka, the Meteorology Department said today.

The Met Department said rains were expected in the North-Western, North-Central, Central and Sabaragamua Provincies.

Meanwhile, the Disaster Management Centre (DMC) said it had kept all its officers, the police and the security personnel on standby for possible floods in the Jaffna district which had 500 mm of rain during the past few days. DMC spokseman Pradeep Kodippilly said the water level in the Jaffna lagoon was rising and that a flood situation could be expected during the next few days if the rains continued. DMC's special unit set up in Vavuniya has been asked to stay on alert for any sudden changes to the weather patterns. (Yohan Perera) 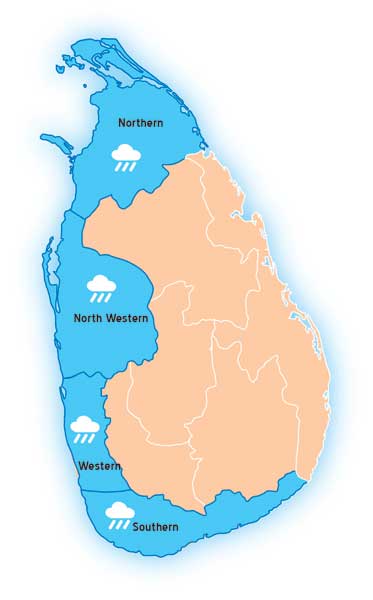