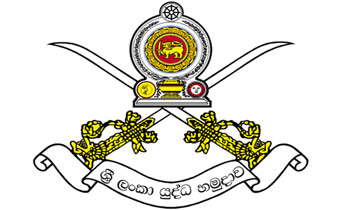 The Army said the FTX would cover a distance of about 1,166 km across the country during the 9-day long assignment after its preliminary formalities officially begin tomorrow.

The hypothetically-designed FTX, code named ‘Ex Harmattan’, cognizant of prevalent ground realities and challenges in Mali is comprised of a Combat Convoy Company (CCC) of 15 Officers and 185 Other Rankers, in addition to more than 68 vehicles and are poised to encounter simulated threat conditions en route during the Exercise, launched exclusively to improve the UN mission competence capacity of the CCC of the Army.

Troops of the Infantry with Armour, Mechanized Infantry and other logistic elements will commence the FTX from Kankesanthurai in the North and terminate in the South, close to Sooriyawewa under four Phases along with belligerent parties after nine days on April 5.

The Army said the FTX has received the blessings of Army Commander Crishanthe De Silva.

The FTX convoy during the span of the assignment will pause at Nawaladi, Vidattaltivu, Oyamadu, Minneriya, Puttalam, Maduruoya, Buttala and Sooriyawewa areas to match with hypothetical scenarios of the Exercise settings during the course of its tour from Kankesanthurai to the South.

Brigadier D.M.D.C.D. Gunawardena will function as the Exercise Director assisted by Colonel S.U.M.N. Manage as Deputy Exercise Director. Under Phase-I, the convoy expects to derive a comprehensive knowledge on Mali’s geographical and ground realities vis-à-vis current political developments and her administrative structure.

Sri Lanka Army, which is recognized as a UN troop contributing member to the UN Peace Keeping Missions has been invited to dispatch a peace-keeping convoy company to Mali, the 8th largest country in Africa. (Darshana Sanjeewa)