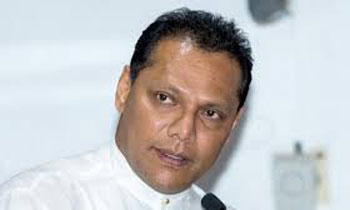 Co-Cabinet spokesman and Minister, Dayasiri Jayasekara, said during the debate on the Inland Revenue Bill Section 100(1) of the Bill could be problematic because that clause authorises the Finance Minister to obtain information on any person.

‘This authority may be used by the Finance Minister to tax some and exempt others,” the minister said and added that taxing of religious places of worship under the Bill could also cause issues. a “It is advisable to put off the implementation of this Bill so that the businesses will have enough time to change or modify their systems. If we fail to do it the government will not able to achieve the desired results envisaged by this Bill,” he said.

However, the minister said many of problematic clauses had been rectified after discussions his party had with the President, Prime Minister and the Finance Minister. (Yohan Perera and Ajith Siriwardana)