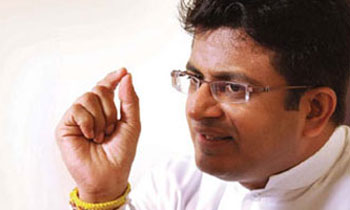 He told a news conference that Commodore Dassanayake was not involved in the abduction and disappearance of 11 youth and the statements made by Police Media Spokesman Ruwan Gunasekara with regard to the allegations were false and baseless.

“I challenge the police media spokesman to an open debate so that I could prove who should be arrested over the allegations made against Commodore Dassanayake,” Mr. Gammanpila said.

He said a war heroes should not be held responsible so-called abductions and disappearance for which he was in no way connected to.

“We are not in a position to defend the accused but we are keen to see that justice is meted out and provide evidence against those should be arrested,” Mr. Gammanpila said. (Sheain Fernandopulle)