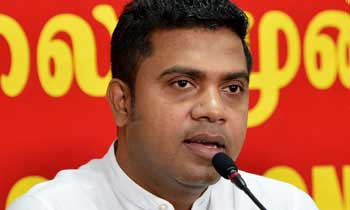 He said but in contrast the Agricultural Ministry had paid Rs.13.9 million as electricity charges for the building it currently occupied.

In the absence of the Agricultural Minister, the Chief Government Whip Gayantha Karunathilaka responded saying that Rs.4.9 million was spent on electricity because some repair work was being done to convert the building into an office space.

Mr. Jayatissa then said it was the duty of the owners of the building to complete all the modifications and the repairs to the building before handing it over to the government. (Ajith Siriwardana and Yohan Perera)