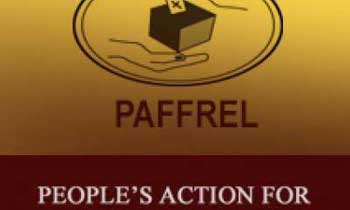 He said they received complaints regarding incidents of assaulting, damaging vehicles and distributing goods.

He said a UNP candidate who was assaulted by a group of people in Rambukkana was hospitalised while a poling agent was assaulted in Nawalapitiya.

Mr. Hettiarachchi said two vehicles had been damaged in Puttalam and Baticaloa.

Meanwhile, Campaign for Free and Fair Elections (CaFFE) Executive Director Keerthi Tennakoon said they observed that the election was peaceful so far.

He said they had not received many complaints this morning except for one incident where a candidate was assaulted in Maha Oya, Ampara.

He said they observed that there was a good voter turnout throughout the country so far.