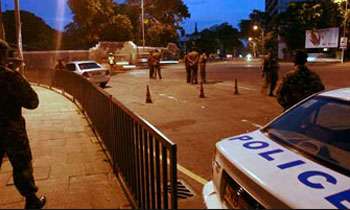 Nearly 2,322 people were arrested for various offences while 5,254 were charged with traffic violations during a four-hour countrywide raid, Police Spokesman Ruwan Gunasekara said.

“Some 14,070 police officers took part in the raid carried out under the direction of IGP Pujith Jayasundara. More than 58,000 people and 29,090 vehicles were inspected after setting up 1,796 road blocks,” SP Gunasekera said.

He said 650 were charged with drunk driving while 635 people wanted for various crimes were also arrested.