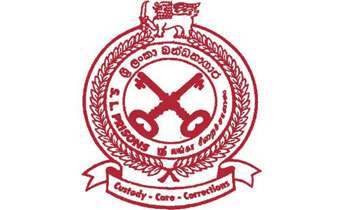 Four Prison superintendents, five assistant superintendents and three jailers in prisons across the country, have been transferred with immediate effect by the Ministry of Justice and Prison Reforms.

The transfers made on the instructions of Minister Thalatha Athukorala were based on the performance of prison officials.

The Ministry said it was hoping to strengthen the prison department through appropriate regulations and reforms in the coming years.

The letters of transfer were submitted to the Commissioner General of Prisons Nishan Dhanasinghe by the Secretary to the Ministry W.M.M.R. Adhikari.