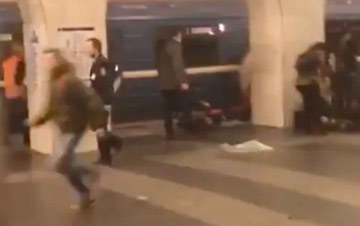 At least 10 people have been killed in an explosion on the metro in St. Petersburg, Russia, the CNN reported a short while ago quoting state-run TASS.

The explosion had take place on a subway car at the Sennaya Ploshchad station.

“According to the very first preliminary information, about 10 people were killed in the explosion,” a source has told TASS, noting the exact number of victims was still being established.

It was reported President Vladimir Putin expressed his condolences to the victims and is talking to the Federal Security Service (FSB) security services about the investigation.

Kremlin spokesman Dmitry Peskov said Putin was in St. Petersburg speaking at an event earlier Monday but that he was now in the nearby city of Strelna.