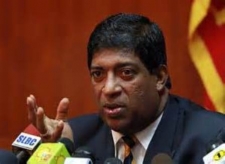 The upper limit to pay 15% special interest on fixed deposits maintained by senior citizens in the licensed commercial banks and the licensed Specialized Banks has been increased up to Rs.1.5 million from the current limit of Rs.1 million with effect from 1st March.

On the instruction of the Minister of Finance Ravi Karunanayake, Treasury Secretary Dr. R.H.S. Samaratunga has informed the Central Bank of Sri Lanka to notify all banks amending the previous circular in this regard.

The number of fixed deposits maintained by senior citizens is reported to have risen today to 500,000 since the Minister Ravi Karunanayake announced the continuation of the senior citizens deposits scheme which guarantees an interest of 15 percent for deposits with the increase of the upper limit up to Rs 1.5 million.

Director General of Department of Development Finance said that with the increase of the upper limit, Treasury has to spend Rs.18,000 million to pay the 15% interest during this year
Meanwhile, Finance Minister Ravi Karunanayake said that this Government introduced various facilities to assist senior citizens after 2015 as the ageing population is on the increase in the island.

In addition to the 15% interest, which was introduced in the country for the first time in 2015, the benefit of Agrahara Insurance Scheme available for the public servants was extended up to 70 years for the benefit of those who are retiring from the public sector. In the Budget 2017 the Minister Ravi Karunanayake announced the extension of the insurance cover for the full life time of the retiring public servants from this January.