You are here: Home / Archives for GOSL News

The International Rotary Club has donated a fully automated PCR machine to the Medical Research Institute of Sri Lanka to expedite the diagnosis process of COVID-19.

President Gotabaya Rajapaksa was briefed about the operational aspect of the new PCR machine at the Presidential Secretariat, (July 01).

The value of the new instrument is over Rs. 22.2 million. It is significant that this new machine will help to mitigate human resource shortage in conducting medical testing. Doctors say that the new machine ensures high speed, high accuracy and efficiency. It has the ability to identify different kinds of viruses that may emerge in the future, as well.

The Rotary Club has donated over Rs. 120 million to provide medical research equipment and facilities to combat COVID-19 pandemic. President Rajapaksa expressed his gratitude to the representatives of the Rotary Club, for their donation.

Foreign Relations Minister Dinesh Gunawardena and US Secretary of State Mike Pompeo engaged in discussions on matters of bilateral interest in a telephone conversation on 29 June evening.

US-Sri Lanka cooperation in COVID response-supply of PPEs to the US, donation of ventilators to Sri Lanka and COVID related bilateral assistance amounting to US$ 5.8 million- economic recovery initiatives, defence and security matters, counter terrorism and international economic cooperation featured in the discussions.

Minister Gunawardena briefed his US counterpart on the Review Report of the MCC, the forthcoming Parliamentary elections and thanked the US for the support extended to the reconciliation and resettlement processes in Sri Lanka.

He conveyed Sri Lankaâ€™s felicitations for the forthcoming US Independence Day on 4th of July. 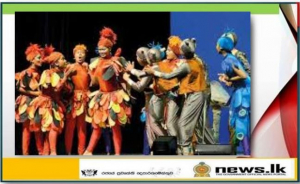 The public is faced with many difficulties due to frauds and delays in the land registration process. President Rajapaksa highlighted the importance of accelerating e-Land Registration system in collaboration with Department of Land Commissioner, Land Title Settlement Department, Survey Department and the Registrar General Department.

This was stated during a discussion on the e-Land Registration system held at the Presidential Secretariat June (30).

President emphasized that effective coordination among related entities in charge of land registration should be maintained. President advised to set up a committee comprising the Ministries of Wildlife, Forest Conservation and Environment.

With the new registration programme details of the land deeds and title abstracts will be computerized. Information on title abstracts can be obtained online by Attorneys, Notaries, any individual or any government institute. The officials said this will prevent frauds occurring during the process.

It is expected to launch the programme by August with the support of the Information & Communication Technology Agency of Sri Lanka (ICTA). Under this programme, an e-Passbook will be issued for the lands registered under the e-Land Registration system.

â€œYou need to curb illegal activities that are increasing at an alarming rate without heeding to forces that might influence you and also to protect the dignity of the uniform that you wear. No police officer, from senior DIGs, DIGs to OICs in the area, can wash off their hands as they all are responsible for the increase in crimes rate in their areas,â€ the Defense Secretary said addressing senior DIGs and DIGs representing all provinces of the Sri Lanka Police at a special meeting held at the Defence Ministry.

He advised the police officials not to consider the Police profession as just another job as the lives of the countryâ€™s people were in their hands.
â€œThe responsibility of the armed forces are to protect people in events like major natural catastrophes like floods and landslides, terrorism or hostilities and also virus outbreaks like Coronavirus. But you are the ones who know the pulses of the people. Therefore you shoulder a bigger responsibility in protecting peopleâ€™s lives,â€ Maj.Gen.Gunaratne said adding that while many police officers are serving in a dignified manner, some are a disgrace to the entire police department.

The Defence Secretary said he had received letters from the public from different police divisions stating the inefficiency of some policemen, including top police officials in the areas, in curbing crimes and also their involvement with criminals in those areas.
â€œ Sir, there is no point of lodging complaints about drug peddlers to the police as next day those drug dealers, who were informed by the police on our complaints, are threatening to destroy our families,â€ the  Defence Secretary quoted from letters that he received from various police divisions and questioned the Senior DIGs and DIGs whether the police could gain any respect in such situations.

â€œIf any of those top police officers, who have had hand in such crimes, are present here today, they should be ashamed of themselves. I have received many complaints that drug trafficking is carried out with the protection of some police cops during curfew and drugs were being distributed in motorcycles and three-wheelers and also using young children with the blessings of those corrupt police cops. I have also received complaints about an OIC, who is  attached to a Northern Police Station, who has taken a large sum of money from a criminal, with the support of another high ranking police officer, to allow him to run his illegal businesses, freely,â€ he revealed.

Although the Defence Ministry, issuing a letter on April 5 this year has instructed Superintendents of Police (SP) to prepare reports on the underworld criminals and drug traffickers in the respective police divisions, they have failed to submit those reports to the Ministry, so far. The Defense Secretary has instructed the acting Inspector General of Police Chandana
Wickremaratne to look into the matter. â€œIf it took two-and-a-half months to implement, how could we take the perpetrators to book" the Defence Secretary queried.

He stressed that when directives were issued by the Defence Ministry or the IGP, it should not be considered as directives issued by a corporation or any other government institution as it was a matter related to national security.
Maj.Gen. Gunaratne said police officers were responsible for maintaining national security as they are the main contributors to create a fear-free environment for the people to live freely.
â€œI want to tell you the same thing that I told the prison officials. From today onwards, you have to perform your duties properly in a responsible manner. Let me know if any of you were not allowed to perform your duties. I have arranged this meeting today to request you to perform your duties to gain respect for the uniform that you wear and it is your responsibility not to leave room for any political force to harass people in your respective areas. The SSPs and ASPs have a responsibility to look into these,â€ he said adding that no police officer, who works for the sake of gaining personal benefits, earns respect when he is being called â€˜a good boyâ€™ by a politician.   He also said the senior police officers should be held responsible if any form of crimes, including theft, murder or drug trafficking, were taking place in the areas coming under their purview. The Defence Secretary said if there were 12 police stations under DIGs, all 12 OICs should be accountable for the crimes that took place in those areas.

â€œYou can inform about officers who perform duties irresponsibly to me or the IGP but those who make complaints should have clean records,â€ he said, noting that tourists or families cannot enjoy their evenings at the Mount Lavinia and Panadura Beaches due to drug addicts. The Defence Secretary also revealed about a failed attempt by a henchman of a notorious underworld criminal to fill a large swathe of a marshy land in the vicinity of Colombo and was thwarted by the Policeâ€™s Special Task Force.

â€œWhen inquired, the Police officer-in-charge of that area said he was unaware of this illegal landfilling. You can justify a police officer saying that he couldnâ€™t detect drugs hidden inside a flower basket or a pocket but how can say that he was not aware of  the filling of 4-5 acres of land,â€ Maj.Gen. Gunaratne asked.

He said President Gotabaya Rajapaksaâ€™s Election Manifesto had spelled 10 main objectives and maintaining national security was its main priority and his main intention of appointing the Presidential Task Force was also to support to build a safe country, a disciplined, virtuous and legitimate society for all Sri Lankans.  Meanwhile, the Defence Secretary, who again quoted a telephone call that he received about a Rs. 5,000 ransom from a 60-year-old female street vendor in Kaduwela, questioned as to how one could talk about national security when innocent