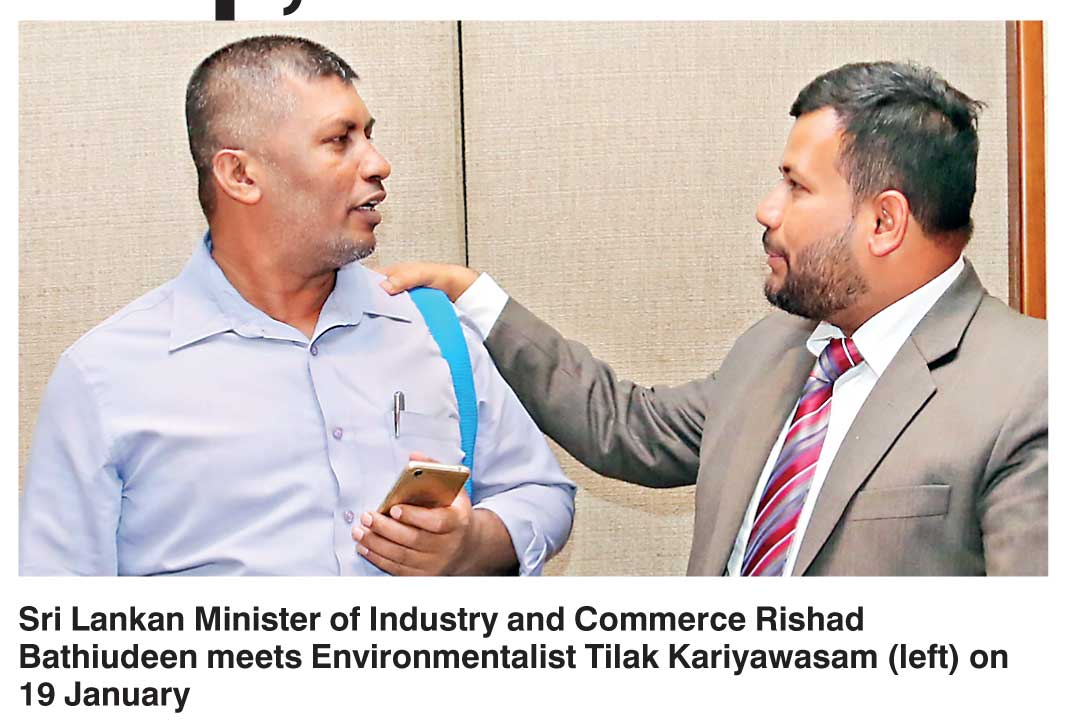 A Sri Lankan environmentalist claimed that the Wilpattu forests were cleared by the State Timber Corporation and not by Muslims as alleged.

“As environmentalists, we should not talk only about displacement of a certain ethnic group but everyone,” said Sri Lankan Environmentalist Thilak Kariyawasam on 19 January. Kariyawasam was addressing a discussion forum on Wilpattu at Ramada Hotel on 19 January, joined by Minister of Industry and Commerce Rishad Bathiudeen.

“Whenever the Wilpattu issue is raised there is no opportunity to highlight the other side of it. Facebook heroes who do not know where Wilpattu is located are promoting this issue. Wilpattu is important in Sri Lankan history. Sri Lanka’s first king, King Wijeya landed in Arippu, which is part of Wilpattu. Then he created the first settlement, also in Wilpattu. According to the Mahavamsa too, by the year 1294 the pearl fishery industry was practiced in this area and it was Arabs who were involved and were managing it using Muslim rituals,” said Kariyawasam, adding, “The industry leader was a Muslim and Aboo Bucker, the main buyer of another sea product, conch-shells, was a Muslim. Therefore Muslim settlements have been in Wilpattu from early ages according to the Mahavamsa.”

“The Ceylon Colonial Secretary Sir Emerson Tennant visited the Marichikatti area in 1880s to see the pearl fishery industry in that area. This industry was generating much income for the British. More recently, after the end of three decades of war in 2009, several leading agencies such as the Central Environmental Authority (CEA), UN Environment Program, Disaster Management Ministry, UNDP, together mapped out and identified this area as suitable for settlement. When Muslims were evicted from the north during the war, they had to leave and their settlements turned to forests. Forest conservation officials mistook these lands as part of Wilpattu forest and also gazette them by mistake. The officials now admit this to be a mistake and released 1080 acres back, allowing timber to be removed by State Timber Corporation. The trees were removed not by Muslims but by the State Timber Corporation, but Muslims were accused. As environmentalists, we should not talk only about displacement of a certain ethnic group but everyone. What we need to focus on is about resettling the displaced people and not about who removed the trees,” said Kariyawasam.

Minister of Industry and Commerce and Vanni District MP Rishad Bathiudeen, addressing the event said: “No Government has come forward to resettle the northern IDPs. Even when they returned after three decades of displacement, they found their settlements were taken over by forests and there were no livelihoods for them as well.” 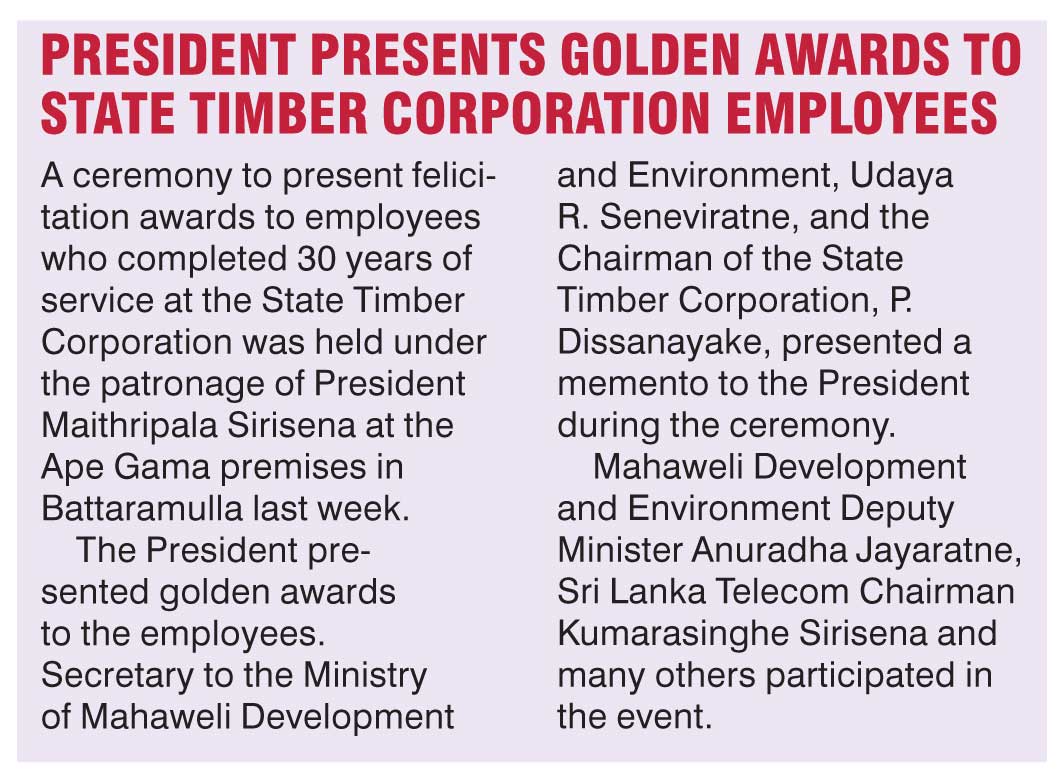