You are here: Home / Business Now / Talks on tough times for tourism 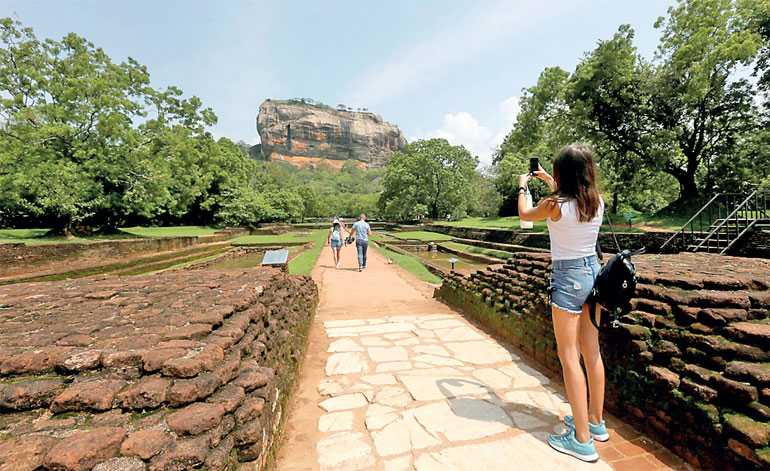 A fresh round of talks on easing the tough times for tourism took place yesterday, with the industry submitting an urgent appeal for State support to pay the wages of minor staff, in addition to other relief measures to survive.

Representatives of these associations were demanding financial relief to those engaged in the sector until tourists return, in tandem with relaxation of global travel restrictions and re-opening of airports and resumption of airline services.

The majority of the associations pointed out that the soft loans outlined by the Government have not come through, adding that with no cash flow, hotels and companies were unable to pay salaries for staff and had run into many labour issues.

Whilst executives have taken a pay cut, emphasis was on immediate support to pay salaries of minor staff.

It was estimated that the wage bill of all registered hotels in Sri Lanka is around Rs. 6 billion.

The associations pointed out that the banks were still not willing to provide the concessionary Working Capital loan at 4% interest rates without any collateral or business revival proposals. The predicament of hotels and companies is that they have already mortgaged assets for existing loans.

In that context, Minister Ranatunga was told that the Government must urgently consider bearing part of the pay of the minor staff of the travel and tourism industry, and the balance will be put in by the companies.

Another suggestion was banks considering EPF and ETF contribution as security when granting fresh funding.

The Hotels Association of Sri Lanka (THASL) President Sanath Ukwatte told the Daily FT after the meeting that 90% of hotels have not paid salaries to staff for the month of April.

“The stakeholders are really struggling without being able to pay salaries for the staff for last month. Around 90% of the hotels haven’t paid salaries,” he said. He too acknowledged that the banks have not facilitated the extension of the moratorium on interest and capital repayments without any guarantee.

“The whole idea behind the Government’s initiative was to facilitate financial relief to ensure job security, but banks have not been very supportive of the program,” Ukwatte pointed out.

In response, Minister Ranatunga assured to talk with the Treasury officials and draft a relevant Cabinet paper for submission by next week.

“The Government has already taken note of all these requests. We are focusing on formulating short and long term strategies for the revival of the tourism sector,” he added.

Reopening of hotels and procedures the hotels, tour guides, and all related service industries must follow upon resuming operations were brought to the Minister’s attention.

The Minister will also have a similar meeting with another set of industry stakeholders next Tuesday.

Sri Lanka Tourism Chairperson Kimarli Fernando, who was associated with the Minister at all meetings, was hopeful that global travel will resume soon and the hotels could reopen from July.

“It is my personal belief that the hotels could be open for inbound travellers from July,” she told the Daily FT.

However, she said the decision to reopen hotels will be solely dependent on how well citizens adhere to the guidelines issued by the Health Authorities.

“President Gotabaya Rajapaksa, Health Authorities and COVID-19 Task Force Chief will decide on the exact date to reopen hotels. The COVID-19 pandemic has disrupted the entire value chain and we have to take it on a weekly basis. However, I am hopeful that if everything goes well, the hotels will be able to welcome guests from July onwards,” Fernando added.

She also said that Sri Lanka Tourism is currently in the process of creating video content together with Health Authorities, to train the hotel staff on the procedures they have to follow.

When asked about reopening hotels from July onwards, THASL Chief Ukwatte said that it will all depend on travel restrictions imposed by countries, and how airlines are going to function. He predicts it will take at least six to twelve months for the tourism industry to properly recover.