The Supreme Court yesterday unanimously dismissed all the Fundamental Rights (FR) petitions filed challenging the Gazette issued by President Gotabaya Rajapaksa dissolving Parliament, as well as that of the Election Commission setting the date of the General Election, 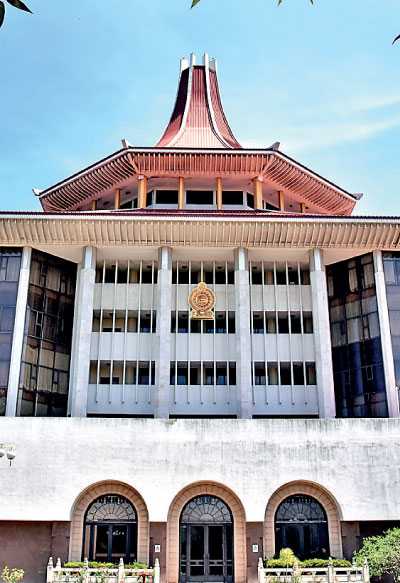 The Court also dismissed all preliminary objections raised during the ten days of hearings.

In the brief statement, Chief Justice Jayantha Jayasuriya PC announced the decision of the five-member bench to the ceremonial courtroom, which had been converted to a makeshift courtroom to facilitate adherence to COVID-19 health regulations such as social distancing, during the hearing of these petitions.

The bench comprised Chief Justice Jayantha Jayasuriya and Justices Buwaneka Aluvihare, Sisira de Abrew, Priyantha Jayawardena, and Vijith Malalgoda. No reasons were given for the Court’s decision, but are likely to be made public in a few days.

Soon after the ruling become public, the sound of crackers were heard from the surrounding areas. Jubilant members of the ruling party who spoke to reporters outside the SC welcomed the decision.

“The path is clear for the Election Commission to hold the election now. The SLPP will extend its fullest support to ensure the election is conducted smoothly,” former MP Susil Premajayantha said.

President’s Counsel Ali Sabry, who appeared on behalf of Intervenient Petitioner Vice Chancellor of the University of Sri Jayewardenepura Prof. Sudantha Liyanage, said the Court has upheld that the President has acted within the law by not reconvening the dissolved Parliament. “Now it is time for the Election Commission to quickly and expeditiously have the election subject to health regulations,” he said.

President’s Counsel M. A. Sumanthiran PC, who appeared for Petitioner Charitha Gunaratne, said that there were two aspects to the petitions, one of which was challenging the 20 June election date, but as the EC said the election would not be held on that day on the first day of hearing, that petition was not pursued.

The other, he said, was with regards to the three-month limit on the validity of the Gazette issued by the President dissolving Parliament. “No reasons were given for the Court’s decision to dismiss the petitions, but they may be made available later. For now, the struggle for the establishment of democracy will continue,” Sumanthiran said.

Additional Solicitor General (ASG) Indika Demuni de Silva represented the AG, who was a Respondent in the case while other Respondents included Secretary to the President P.B. Jayasundera and the three members of the Election Commission.

Counsel for the Petitioners in their submissions underscored the importance of a functioning Parliament in a democracy, particularly at a time when the country is facing a national emergency due to the coronavirus outbreak.

They called for the Gazette issued by the President dissolving Parliament on 2 March, which fixed 25 April for the general election, and 14 May for the new Parliament to be declared null and void as the date set for the holding of the election as well as the meeting of the new Parliament could not be done on the stipulated date.

Both the ASG and the Counsel for intervenient petitioners argued in court that that even though elections could not be held within three months on the fixed day and the new Parliament could not be convened as stipulated in the Constitution, the Gazette could not be considered as a void document and urged the Court dismiss all the petitions.