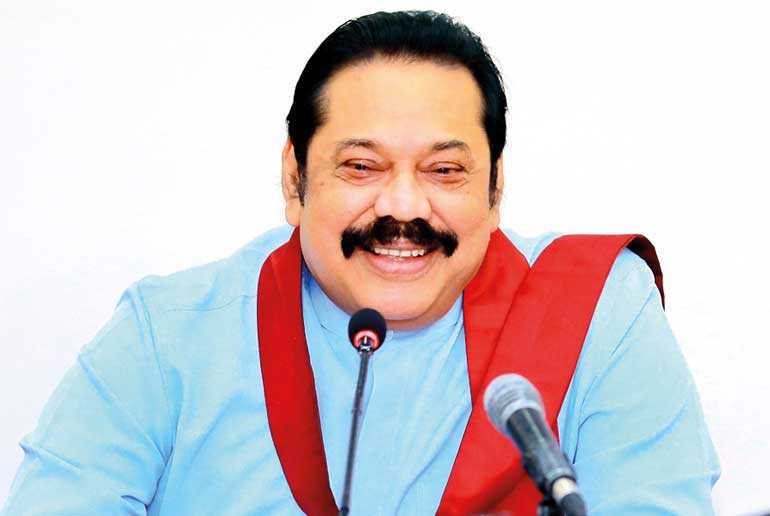 Provincial Council Elections are likely to follow hot on the heels of the General Election, Prime Minister Mahinda Rajapaksa said yesterday, paving the way for the Government to move forward with plans to introduce a new Constitution.

Rajapaksa, speaking to senior media personnel at Temple Trees, insisted that the Government remained focused on removing the 19th Amendment, insisting it creates administrative issues that undermine governance. He argued that the 19th Amendment had created confusion and imbalances of power that impinged on the public, and commissions established under the Constitutional Council failed to be as independent as promised.

“Even after the Easter attacks the (former) President of the country could not remove the Inspector General of Police (IGP), even though it was clear there was a problem. Now we have a situation where an acting IGP is doing all the work, while the IGP is in and out of remand, but there is no way for the President to appoint a new IGP. This makes no sense and does not serve the interests of the people.

Even though the public was told that under the 19th Amendment, commissions would be more independent. In practice, that has not been the case,” Rajapaksa said in response to questions.

He stressed that the priority of the Government was to obtain a two-thirds majority at the upcoming Parliamentary Election so that these constitutional issues could be ironed out. A new Constitution would be formulated as already set out in the manifesto of President Gotabaya Rajapaksa and the Prime Minister insisted this would provide more clarity to the governance structure of the country.

He also said that once the Parliamentary Election was wrapped up, the Government would focus on holding the Provincial Council Elections as soon as possible. He acknowledged this would need parliamentary attention as there were legislative issues to resolve regarding the delimination process started by the previous Government.

The Prime Minister also reflected on the challenges the current preferential vote system had on candidates who he conceded were engaged in political infighting as the Parliamentary Election inched closer.

“This is how the system is structured. There will obviously be instances when politicians of the same party fight amongst each other, but they are fighting within the party and not hurting anyone else. This happens at every election. We are not hitting out at the Opposition but at our own party members. My policy is when someone says something against me, I usually turn away,” he noted.

Responding to a question on including women in nomination lists, Rajapaksa noted that they would comply with the law in having the requisite number of women in the nominations lists but stressed that it was up to the public to decide who should be elected. Selection of artists, academics, professionals or others should also be decided by the public, he opined.

Rajapaksa was also positive of Sri Lanka’s decision to withdraw from the resolutions it committed to earlier at the Human Rights Council, insisting there was no impact on the country or its reputation, and Foreign Relations Minister Dinesh Gunawardena had met with positive responses after his announcement.

According to the power vested in the President by the Constitution, President Gotabaya Rajapaksa yesterday granted the legal authority to the Secretary of the Treasury to incur all the expenditures of the Government, including the cost of the Election, for a period of three months – starting yesterday.

Accordingly, the Ministries will be able to settle

outstanding dues and other expenditures.