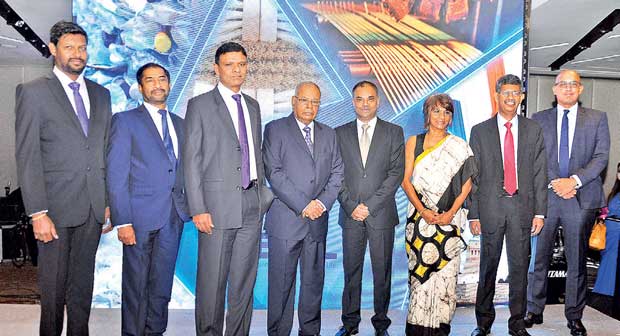 By Chandeepa Wettasinghe
Leading brush manufacturer B P P L Holdings Limited, (Beira Group), which will be entering the Colombo Stock Exchange next month, is hoping that its planned expansion projects, coupled with friendly policies from Donald Trump, would help expand its top line in the future.
“So far, we have supplied wholesalers and professionals, but the volume growth is now limited. We will be going for retailers and households, and we’re engaging with global offices of retail chains. We feel confident in meeting their demand, given our capacity to expansion and upgraded efficiencies,” Beira Group CEO Dr. Anush Amarasinghe said.

Around 70 percent of Beira Group’s sales are in the US, and Trump’s calls for greater construction and infrastructure development will spark demand for Beira Group’s products, Dr. Amarasinghe noted.
However, he mentioned that the real estate mogul-turned-President’s tariff policies may pose some challenges to the company.
CT CLSA, which conducted research on Beira Group’s initial public offering (IPO) however noted that brush prices are inelastic, which would allow producers to pass the costs on to customers easier.
The Beira Group will be ramping up its production through a Rs. 675 million expansion, with the funds generated internally and through borrowings, to produce synthetic yarn which will be complete by the 2019 financial year, and which would allow the group to supply local apparel manufacturers as well. Dr. Amarasinghe said that plans are under way to enter into other Asian markets on the back of successes of the company’s own brand penetration in Sri Lanka and Indonesia.
According to him, the group is opting for the IPO for prestige and future capital raising activities. The group will be offering 30.69 million shares for a consideration of Rs. 12 per share, with one of the group’s 3 main shareholders, Hirdaramani Investment Holdings (Pvt) Ltd divesting 10 percent of the shares for the IPO, as a part of its long-term exit strategy.
Beira Group’s basic earnings per share for the financial year 2016 (FY16) was Rs. 1, increasing from Rs. 0.48 YoY while the net asset value per share increased to Rs. 5.54 from Rs. 4.07 YoY after taking into consideration a share split and capitalization of reserves through share issuances.
Return on equity was at 20.8 in FY16. Dividend distribution was 36 percent, which Dr. Amarasinghe said he would continue.
The group had made a net profit of Rs. 306.88 million for FY16, increasing from Rs. 148.15 million YoY, while the topline expanded to Rs. 2.09 billion from Rs. 1.93 billion YoY. The group asset base was Rs. 2.31 billion, increasing from Rs. 2.13 billion in FY15.
The current shareholders, Dr. Amarasinghe’s Infinity Capital (Pvt) Ltd., LOLC Investments Limited and Hirdaramani Investment Holdings will own 50.3 percent, 26.3 percent and 13.4 percent of the shares in Beira Group following the IPO, with the shareholding being locked in for a period of 1 year.
This consortium had purchased the group from a family held company in 2012, since when profits have tripled. The group engages in sustainable sourcing through recycling and responsible sourcing of virgin raw materials, Dr. Amarasinghe said.
The global brush export market is worth US$ 6.5 billion, and Beira Group is the largest producer in the South East Asian region.