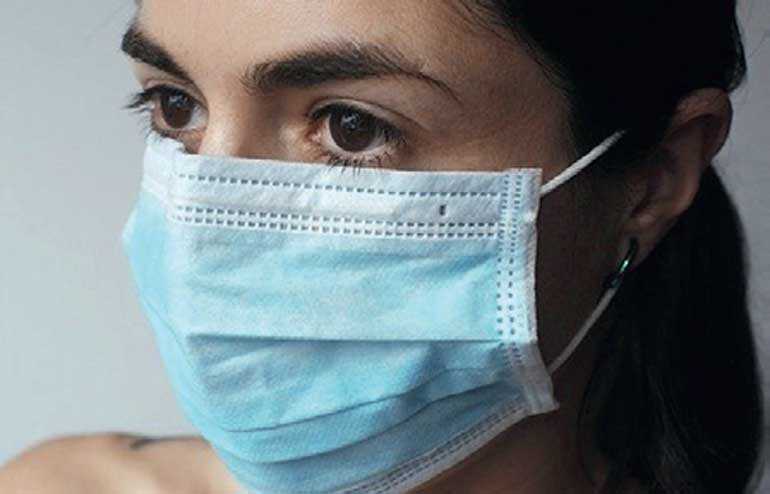 The country recorded its highest number of new COVID-19 cases on a single day yesterday as the Government renewed calls for those who returned to Sri Lanka between 16-19 March to register with local public health officers or the Police and tightened social distancing.

Health authorities announced 20 new persons were tested positive for the novel coronavirus bringing the total to date to 142.  Two persons have died so far whilst 16 were released after successfully being treated.

According to Health Minister Pavithra Wanniarachchi, 6 were detected from Kalutara District; 3 were family members of a patient detected during the weekend, and the other 3 are from Akurana in Kandy and had been closely associated with the first patient from the village. The Health Minister was accompanied by National Operations Centre for the Prevention of COVID-19 Head Army Commander Lt. Gen. Shavendra Silva, Director General Health Services Dr Anil Jasinghe, and Police Spokesman DIG Ajith Rohana at the press conference held at the National Operations Centre for the Prevention of COVID-19.

Wanniarachchi urged the public not to delay seeking treatment if they encounter COVID-19 or respiratory tract illnesses, citing the case history of a victim of the virus who was only admitted to the Negombo hospital in a serious condition. The patient later died of the illness and is the second casualty in Sri Lanka.

Addressing the press, Lt. Gen. Silva pointed out that 11 doctors and medical staff at the Negombo hospital who treated the second casualty have been moved to quarantine at a hotel in Waikkal as a precautionary measure. The health authorities warn that if patients conceal information about their symptoms and those they were in contact with, they risk endangering the medical practitioners who treat them.

All arrivals to Sri Lanka from 16-19 March have to voluntarily register themselves before 12 noon today, confirmed Police Spokesman DIG Ajith Rohana. The Police department and intelligence agencies will seek out those who fail to comply with the directive and arrest them, he added. He also said that as of yesterday, roadblocks have been set up at 16 entry points into Colombo by the STF, to ensure only essential service providers with valid curfew passes are entering the city.

DIG Rohana also assured that the Police will take strict action against those without curfew passes, and also against those taking routes not specified in curfew passes they have already received. He also went on to say that discussions were ongoing for lawyers and other officials to have access to court when certain cases are called, but emphasised this will be limited, and that officials will be expected to carry their identification with them to gain entry to restricted areas.

According to Dr Anil Jasinghe, the Health Ministry has cleared the Homagama base hospital to be used to treat suspected COVID-19 patients. A quarantine centre has also been established in the hospital premises.

Due to Colombo, Gampaha, Kalutara and Puttalam being identified as high-risk areas, the Government will equip and prepare Minuwangoda Hospital for Gampaha District and the Beruwela Hospital for Kalutara district in the coming days, he explained. The old Voice of America facility in Iranwilla is being converted by the Army as a treatment centre for Puttalam district. A total of 27 hospitals have been earmarked and equipped to treat COVID-19 patients island-wide.

In light of the ongoing situation, the Government has decided to lift the island-wide curfew for only 8 hours this morning, with the exception of Colombo, Gampaha, Kalutara, Puttalam, Kandy and Jaffna districts, which are to remain under curfew.

The Police will enact a special security and public health monitoring program in Colombo from tomorrow. The Police plan to expand the program to cover 16 locations in the suburbs in the coming days, DIG Ajith Rohana explained at a press conference held yesterday.

Issuing a press release, the Police media unit reminded the public that no movement was allowed between districts, other than those approved as essential services. The public is urged to maintain social distancing and strictly adhere to the public health regulations put in-place to combat the spread of the COVID-19 virus.

The Police also stressed that the villages of Atalugama in Kalutara and Akurana in Kandy are under strict isolation, and that no one was allowed to enter or leave the villages. The police cordon around the villages in isolation is strictly enforced by the Police and armed forces; violators will be arrested and prosecuted, the law enforcement authorities warned.

The Police will also strictly enforce the curfew regulations, and those who are not part of essential services will be arrested and prosecuted if found to be in breach of the regulations. According to the press release, offenders will likely face steep fines and jail time if convicted. They also risk having their vehicles being seized for the duration of the public health crisis.

According to Lt. Gen. Silva, 321 persons who completed their 14-day quarantine at centres run by the Army and Air Force were released yesterday upon completing a medical examination. 1773 persons, including 9 foreign nationals, remain in 32 quarantine centres island-wide.

The Army is planning to arrange transportation for senior citizens who wish to obtain their pensions, which will be remitted to bank accounts later this week, he added.