You are here: Home / Business Now / MR slams IGP, says he is disrespecting the police force 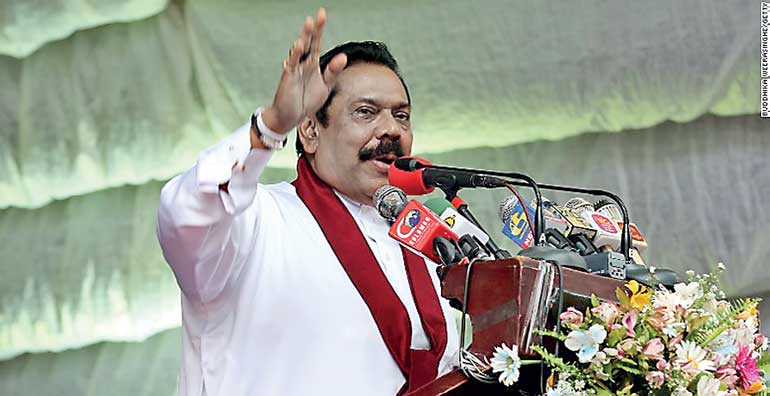 Speaking to reporters in Kandy, Rajapaksa said that the IGP is doing what politicians want him.

“All he says is yes sir or no sir,” the former President said.

He also slammed the Government for cracking down on the protest staged in Hambantota on Saturday.

The former President said that the Government had used thugs to attack the peaceful protest. (Colombo Gazette)