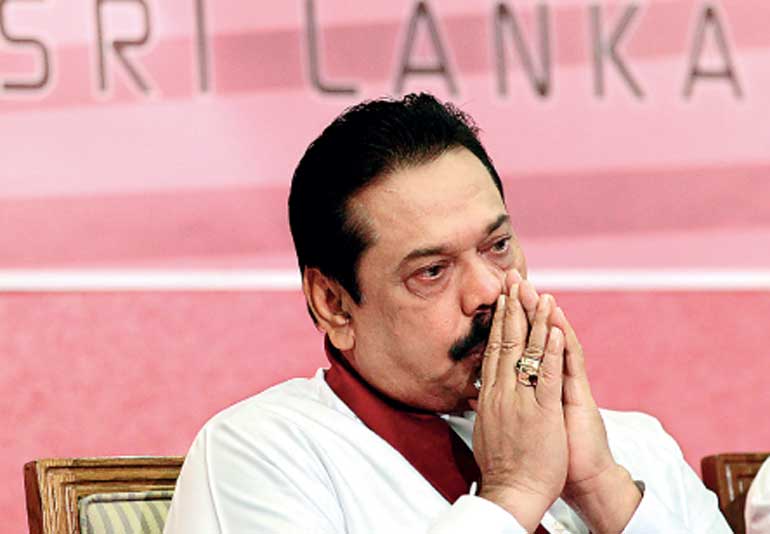 MP and former President Mahinda Rajapaksa yesterday in a statement said that the irregular appointment of a High Court judge threatened the independence of the judiciary.

Following is the full text of Rajapaksa’s statement.

The Judicial Services Association of Sri Lanka has strongly objected to the appointment of Mr. Ramanathan Kannan, a lawyer practicing at the private bar in Batticaloa, as a High Court Judge. The accepted practice in this country is that virtually all the judges serving on the Supreme Court, Court of Appeal and High Court are promoted to those positions through the ranks of the judicial service or to a lesser extent, the Attorney General’s Department. This system of promotion based on seniority and merit is one of the pillars on which the independence of the judiciary rests. On very rare occasions past governments have appointed eminent members of the private bar as Supreme Court judges. Former CJ Neville Samarakoon and Justice Mark Fernando came into the Supreme Court in that manner. In the nine years that I was President, I appointed only one Supreme Court judge from the private bar. No members of the private bar were appointed to either the Court of Appeal or the High Court by my Government. Minister of Justice Wijedasa Rajapakshe had informed the Judicial Services Association that a certain political party had on an earlier occasion requested of him that Mr. Ramanathan Kannan be appointed to the High Court – a request he had turned down. The appointment of a judge on a recommendation made by a political party would have struck at the very foundations of judicial independence. Mr. Kannan has been appointed to the High Court over the heads of dozens of senior members of the judiciary and officials of the Attorney General’s Department. The Judicial Services Association has pointed out that if the need was to appoint a Tamil speaking judge for the North and East, the District Judge of Vavuniya D.L.A. Manaf would have been the most qualified candidate. Nobody would have objected if a Tamil-speaking candidate of suitable seniority and competence had been selected for this position from within the judicial service or the AG’s Department.

Some office bearers of the Bar Association played a major role in toppling my Government in 2015 and the Yahapalana authorities have been trying to reward them by giving them the power to appoint judges despite the damage that this will do to the entire legal system. The reason why Mr. Kannan was made a High Court judge over the heads of many dozens of serving judicial officers and Senior State Counsel in the AG’s Department is also obviously to reward a certain political party that provided a block vote to get the President elected. The message that this sends out to the judiciary is that what counts is not one’s competence or probity as a judge but one’s political connections.

This is a Government that started off by terrorising the entire Judiciary by sacking the then Chief Justice with just a chit from the President’s Office with the connivance of certain office bearers of the BASL. The previous President of the Bar Association was given a plum political appointment by this Government as a reward for his services. The constitution and the standing orders of parliament have a procedure to remove judges with charges being presented, hearings held, reports tabled in parliament and finally a vote taken in the supreme legislature. The actual power to remove judges of the superior courts rests with the legislature, not the executive. But in a demonstration of what this Government was capable of, Chief Justice Mohan Peiris was simply chased out of office through executive fiat. Having started in that manner, it is not surprising that this government is now making judicial appointments on recommendations from their political allies.

Everyone in this country knows that the Bar Association is politicised in a way no other professional body in this country is – whether it be that of engineers, doctors, architects, planters, public administrators, or accountants. The press had reported of a group within the BASL which controlled among other things the foreign funding that the BASL received. From what now transpires, it is this political group within the BASL and not the BASL itself that had made this recommendation to appoint a person described as a political party nominee to the High Court.

Being a lawyer myself, I wish to call upon the legal fraternity to take resolute action to end the politicisation of the Bar Association of Sri Lanka and most importantly, to get the President to reverse the decision to appoint Mr. Ramanathan Kannan to the High Court as requested by the Judicial Services Association of Sri Lanka. It is essential to abide by the accepted practice in making judicial appointments so as to safeguard the independence of the judiciary.