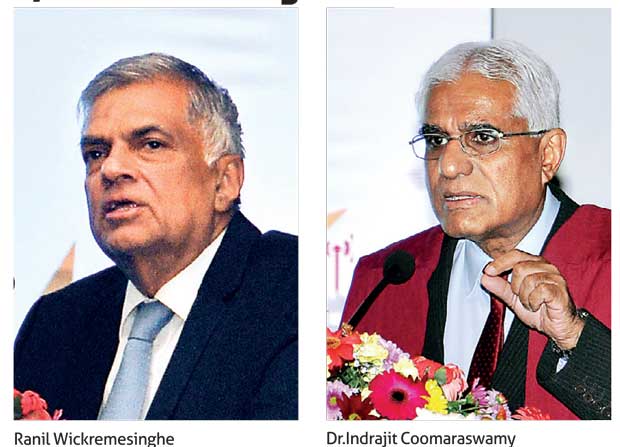 “The only way you can modernize your industry and agriculture is through market forces. It requires government intervention to prevent social dislocation, abrupt changes which adversely affect the lifestyle of the people. But subject to those interventions, and the determined pace, it is necessary that we allow market forces to go on,” Prime Minister Ranil Wickremesinghe said. Speaking at the inauguration ceremony of the Sri Lanka Economic Association Annual Sessions, 2017, Wickremesinghe said if protectionism had worked, then the former communist Eastern European nations would have been the most powerful in the world, and in the current age, not being outward looking would make an economy’s future bleak.

Liberalizing the agriculture sector is easier said than done, given that monopolies and cartels in key crops such as rice and corn are protected by top politicians through nepotism and crony capitalism, and the government requires support from such politicians to maintain a working majority in parliament.

Central Bank Governor Dr. Indrajit Coomaraswamy, who also spoke at the same event, noted that protection of the agriculture sector is trapping Sri Lankans in poverty, while creating labour shortages in industry and services sectors, with a shortage of 4,000 skilled craftsmen in construction and a shortage of 5,000 heads in the light engineering and manufacturing sectors.

The country’s services sector, which includes the hospitality industry, is currently facing acute labour shortages. Dr. Coomaraswamy said that importing foreign labour is one solution if there actually was a labour shortage in the country.

“It’s not that we have a labour shortage, but we have too many people stuck in the wrong places. In agriculture we have 27 percent of the workforce contributing 7 percent of GDP. There, we are trapping people in low productivity, low income livelihoods with the incentives that are provided; free water, guaranteed price and subsidized fertilizer,” he said.

He noted that according to Harvard University research, Sri Lanka’s  employment in the agriculture sector should fall from the current 27 percent to 15 percent  in order to reach the average in countries with economies similar to Sri Lanka.

Dr. Coomaraswamy said that archaic laws which prevent the conversion of paddy fields to other purposes, and the fragmentation of paddy fields, where 45 percent of the farmers own less than half an acre of land, prevent commercialization and economies of scale respectively in agriculture.
“Can we limit paddy cultivation to the dry zone and go for commercial crops in the wet zone?” he speculated.

Despite the Prime Minister’s call to liberalize the industrial sector as well, the sector is protected by powerful crony capitalists, who ironically are the major funders of the free market and neo liberalist lobby groups calling for free trade agreements and trade liberalization to open up the economy.
The free market advocate Fred McMahon who was recently in Sri Lanka, said there is currently a global discussion on whether free trade agreements are protectionist agreements.

The crony capitalists funding the free market lobby groups manage to get their industries, such as biscuits, other processed and unprocessed food and agriculture products and building materials in the negative lists when these lobby groups take part in the negotiation of Sri Lanka’s free trade agreements behind closed doors.

Dr. Coomaraswamy said that according to a World Bank study, Sri Lanka’s effective protection has almost doubled to a level seen before the market liberalization in 1977, mainly through paratariffs.