The Government yesterday cancelled leave of all armed forces personnel and extended countrywide curfew as 45 new cases of COVID-19 were diagnosed, bringing the total number of cases to 505. 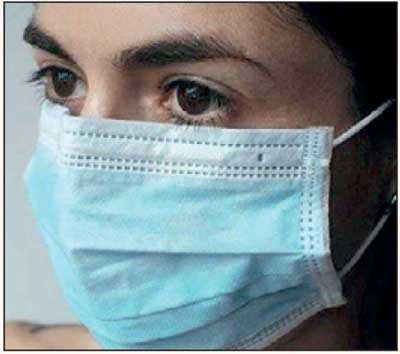 The Government postponed the easing of curfew for many parts of the island, except for the districts of Colombo, Gampaha, Kalutara and Puttalam, which were to lift curfew only next Monday, to facilitate the return of armed forces personnel to their respective encampments.

“The Defence Ministry has cancelled leave and short passes were granted to all officers and other ranks of the Tri-Forces with immediate effect. The Ministry directs all personnel to report to their respective camps immediately,” the MOD said in a press release on its website yesterday. Armed forces personnel who are unable to find transport to return to their respective units should report to the nearest armed forces camp.

A senior Defence official told the Daily FT that the recall was to bring in the needed manpower to assist in maintaining social distancing measures for COVID-19 in accordance with public health regulations and ongoing essential services.

The recall also came in the backdrop of 45 persons, including 10 sailors from the isolated Welisara Naval Station testing positive for COVID-19 yesterday, pushing the total number of confirmed cases to 505. A total of 95 Navy personnel have tested positive for the virus over the last three days.

According to the Epidemiology Unit of the Ministry of Health, 378 infected patients remain under care and 120 patients who recovered have been discharged as of yesterday evening. Seven patients have succumbed to the virus. A total of 273 people have been hospitalised.

Of the 95 sailors that tested positive, 68 of them were from the Welisara Naval Station and 27 others were on leave at the time, Army Commander Lt. Gen. Shavendra Silva said, addressing the press at the National Operations Centre for the Prevention of COVID-19 (NOCPC) yesterday.

According to Lt. Gen. Silva, the Navy has taken steps to move the families of those who tested positive while on leave to quarantine centres. The second and third rings of contacts of the sailors who were on leave have been traced and directed to self-quarantine at home. All persons who were in touch with the sailors who tested positive will be subjected to PCR testing, he added. Test results of another batch of people are expected this morning.

The Navy yesterday clarified that a Navy officer attached to the Naval Headquarters who passed away while undergoing treatment at the ICU of the General Hospital was being treated for leptospirosis and not COVID-19. However, his remains were cremated on the orders of the Judicial Medical Officer of Ragama as an additional precaution.

The Government Medical Officers Association (GMOA) wrote to the Army Commander and NOCPC Head yesterday, calling on the NOCPC to review the current situation and reassess the COVID-19 countermeasures and public health regulations, warning that the Navy personnel on leave increased infection in several areas of the country, including Kurunegala, Anuradhapura and Gampaha.