You are here: Home / Business Now / Country is at critical point to reach political solution to ethnic issue: PM 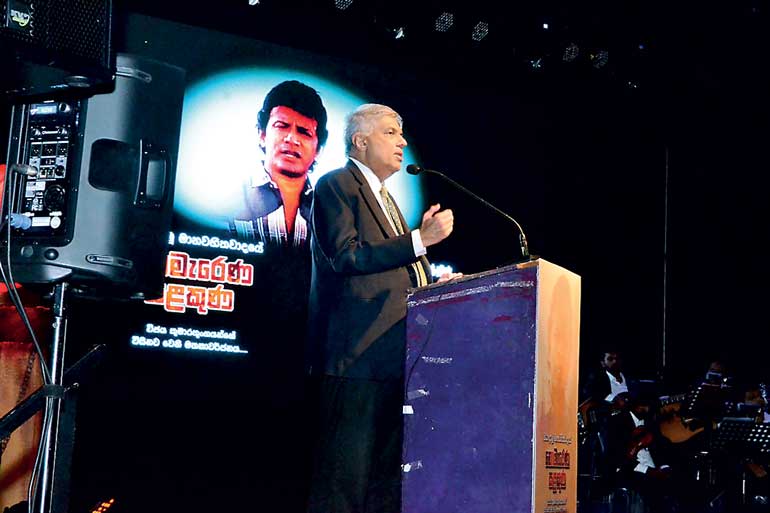 Confident of arriving at a political solution acceptable for all concerned, Prime Minister Ranil Wickremesinghe yesterday said that the country was now at a critical juncture to achieve lasting reconciliation among all ethnic communities.

Speaking at the 29th remembrance day of veteran actor turned politician, Vijaya Kumaratunga, the Premier said that the country was working towards a solution through discussions between all stakeholders concerned.

“Vijaya Kumaratunga has contributed immensely to achieving national unity through discussion as well. He has told me that he wanted to bring back the national unity that was there in 1948 when the country got independence. The current Government is also set on this path,” the Prime Minister said, appreciating the slain politician’s contribution to solving the country’s ethnic issue.

Explaining that national harmony could not be achieved overnight, Wickremesinghe stated that discussions with different stakeholders had started only in 2016 after the Government was established.

“There were racist elements who were trying to keep divide the country, but they have failed. The people have given the power to the Government. Our country has also got international support like never before. We are working to create a Sri Lanka where everyone is free to practice their religion and culture,” Wickremesinghe said.