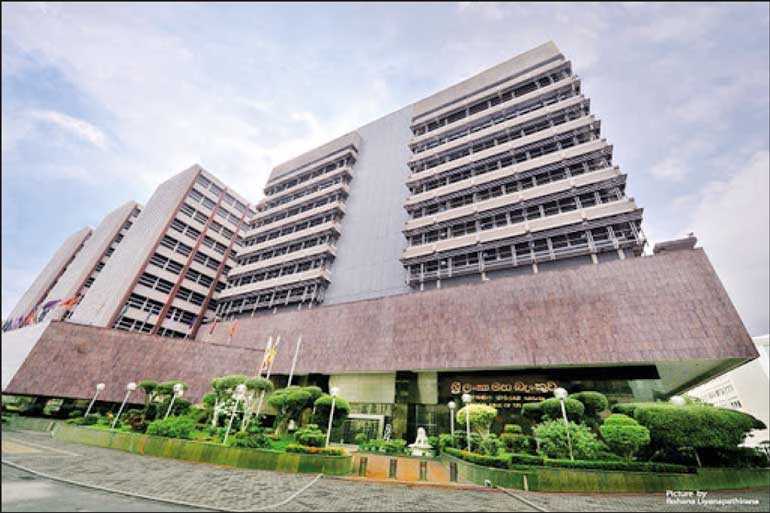 The Central Bank has said commercial and specialised banks can collectively leverage up to Rs. 400 billion to extend support to COVID-19 impacted businesses, individuals, and the self-employed.

Such extended support is based on the Rs. 50 billion re-financing facility that the monetary authority unveiled to banks last week.

The Central Bank said as an immediate measure, Domestic Systematically Important Banks (D-SIBs) and non-SIBs have been permitted to draw down their Capital Conservation Buffer (CCBs) by 100 basis points (bps) and 50 bps out of the total of 250 bps, respectively.

“This amounts to around Rs. 50 billion, enabling banks to expand their lending capacity by nearly Rs. 400 billion to facilitate smooth credit flows to the economy and COVID-19 affected borrowers to sustain their businesses in the immediate future,” said a note accompanying a memo to bank CEOs by Central Bank Governor Prof. W.D. Lakshman. 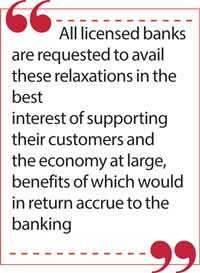 The letter to CEOs and the accompanying note detailed the extraordinary measures taken by the Central Bank and the Government to provide further space for banks to assist COVID-19 affected businesses and individuals on an urgent basis.

The Central Bank said at present, the banking sector in Sri Lanka as a whole is operating with healthy capital and liquidity buffers, reflecting resilience and stability.

Since 2017, the banks have built up capital which can be utilised in times of stress. As at end 2019, total capital adequacy ratio of the banking sector stood at 16.5%, which is well above the regulatory minimums of 13.5-14% and 12.5% applicable to D-SIBs and non-SIBs, respectively.

“At present the capital buffers in excess of the Capital Conservation Buffer (CCB) in the banking sector amounts to around Rs. 200 billion whilst the CCB amounts to Rs. 170 billion. These buffers can be drawn and can be leveraged up to eight to 10 times during times of stress,” the Central Bank said.

It said the overall liquidity position of banks has been healthy, and the Liquidity Coverage Ratio (LCR) of the banking sector as at end 2019 was 212.8%, where the regulatory minimum is 100%. The buffers maintained in excess of the required LCR were comfortably high, indicating that banks had high quality liquidity assets to meet the next 30-day outflows.

The subsequent reduction in policy interest rates and statutory reserve requirement have enabled banks to strengthen their liquidity position. Further, the Central Bank has already announced that it will ensure the availability of adequate liquidity in the market in order to facilitate smooth operations amidst the COVID-19 outbreak.

In the meantime, CBSL will closely monitor the liquidity position of banks, due to the potential changes to their liquidity risk profile, considering the already-announced debt moratorium and other measures.

However, considering the prevailing extraordinary circumstances, the Monetary Board has decided to grant new support measures in respect of classification of loans and advances and recovery of foreign currency loans, to provide further space for banks to assist COVID-19 affected businesses and individuals.

“All licensed banks are requested to avail themselves of these relaxations in the best interest of supporting their customers and the economy at large, benefits of which would in return accrue to the banking sector to remain resilient,” the Central Bank appealed to the banking sector.