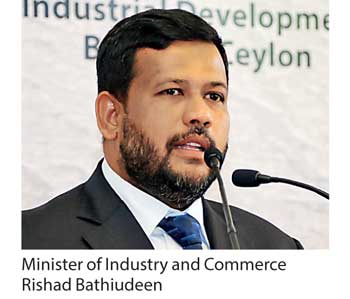 “Rice sellers are also required to obey Maximum Retail Prices imposed by CAA,” stressed Minister of Industry and Commerce Rishad Bathiudeen on 28 February. Minister Bathiudeen was in discussion with his top officials on 28 February on the latest raids by the CAA under him.

In the 48 hours ending midnight of 27 February, CAA has netted 42,100 kilos of hoarded rice in the Pettah market. These volumes were stacked in 25 kg bags and hoarded by three different sellers/businesses in Pettah market. Also 87 errant sellers across the country who violated rice MRPs were netted.

“I have instructed CAA to immediately seal any rice found to be hoarded. The 42,100 kg rice has now been sealed by CAA,” said Minister Bathiudeen.

As of 27 February 2,064 successful rice raids have also been conducted by the CAA (for month of February) with 1,376 cases being filed (monthly).

“Rice sellers are also required to obey Maximum Retail Prices imposed by CAA, if the sold rice varieties are one of the gazetted varieties. Errant sellers who sell above the MRPs are violating the law. Hoarding of these varieties is also a violation and affects our consumers,” stressed Minister Bathiudeen.

250 officers of CAA are now continuously monitoring rice sales situation across the country.

Consumers are invited to alert and complain to CAA about errant traders on hotline 1977 or even CAA direct line 117755481-3.