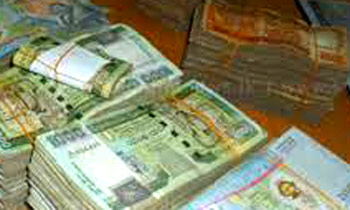 An individual was taken into custody for allegedly having in his possession a haul of counterfeit currency notes in the Kotgangoda, Horana area this evening, Police said.
According to the sources, police have recovered fake currency notes to the value of Rs.2, 899,500 during a raid conducted after a tip-off received by the Horana police.

A computer, a photocopy machine and a scanner which were used to produce the fake notes were taken into police custody during the raid.

The suspect is to be produced before the Horana Magistrate tomorrow.