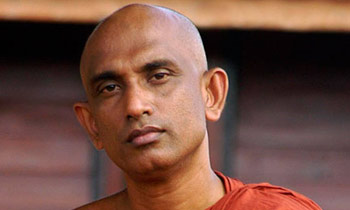 Ven. Athuraliye Rathana Thera said today he would continue to support the government even though he decided to function as an independent member in Parliament.

The Thera said he would engage in programmes including drug prevention and creating a toxin-free country while making constructive criticism on some matters.

“I will support and work for the government. I will only make constructive criticism on some matters,” the Thera said.

The Thera recently declared that he would function independently in Parliament. (Ajith Siriwardana)