You are here: Home / Breaking News / UNP back-benchers to ask Prez who criticised him – Daily Mirror 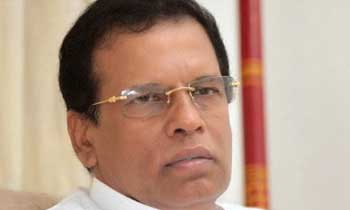 The United National Party ( UNP) back-benchers have decided to meet President Maithripala Sirisena to find out who had criticized him for appointing the commission to probe the CB bond issue .

MP Chaminda Wijessiri said they had decided to meet the President when they met at the parliamentary complex this afternoon.

“The UNP back-benchers met the President recently but they never discussed the bond issue or found fault with him for appointing the commission of inquiry,” he said.

The President while speaking at the commemoration ceremony of the Ven. Maduluwae Sobitha Thera, said some in the government criticized him for appointing the commission to inquire into the bond issue. (Yohan Perera and Ajith Siriwardana)