You are here: Home / Breaking News / Understanding core issues: The key for solution 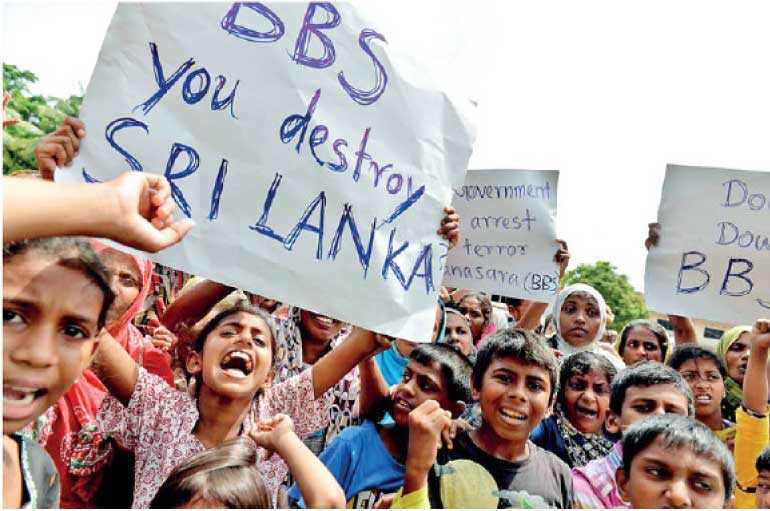 Factors such as ethnicity, caste and religion have had a great impact on the violence and bloodshed that has occurred in the country since the ’70s

Some of the viewer responses that I received for my article titled ‘Sri Lanka: Out of the frying pan into the fire’ published in two newspapers, one in English and the other in Sinhala, and on social media last week called for a solution for the crisis Sri Lanka is facing.

First of all, it is important that we identify the core issues of the crisis so that practical solutions can be proposed. The analysis of the crisis can be initiated with some reference to the independence Sri Lanka gained in 1948. The root of the problem that would become major issues later is embodied in it.

Sri Lanka gained independence without having to make much social effort. It can be regarded more as a gift than a freedom gained as a result of a concerted struggle.

The behaviour of a person who has suddenly become rich without much effort, maybe in an unexpected windfall like a lottery win, will not be the same as one who has become rich after much effort. The former does not feel the true value of his wealth since he has not earned it with much effort. Often such people tend to spend their wealth wastefully and in a less productive manner than one who had earned wealth the hard way. The post-independence behaviour of Sri Lanka can be compared to the careless behaviour of a lottery winner.

Unlike Sri Lanka, India gained independence as an outcome of a strong social effort. The Indian people had to make huge sacrifices for that. Active public support was an essential condition for achieving independence. Under the circumstances, the leaders of the Indian Freedom Movement had to adopt a policy that would help integrate the Indian nation within a frame of equal rights and human dignity for all, while disregarding the discriminatory practices based on race, caste and creed. This policy led to build a society rich in democratic and pluralistic attitudes and bound up with the pride of the country. Above all, the Indian freedom struggle served as a dynamic process that produced mature national leaders for India.

However, the independence gained by Sri Lanka was not an achievement of such a strong social effort. Hence there was no attempt to disregard the recognition accorded to ethnic, caste and religious differences and to build the nation on a firm footing in which equal rights and human dignity were guaranteed for all the people living in the country, without discrimination. Similarly, in the absence of democratic, secular and pluralistic values being developed and socialised, there was no room for the emergence of mature leaders to steer the country.

The stray journey after independence

Sri Lanka remained a flourishing country among Asian nations by the time the British left the country, having bequeathed independence. In terms of per capita income it was second only to Japan. The gap between the two countries was not so big. In the indexes of education and health Sri Lanka was ranked either first or second among Asian countries. Even in the field of infrastructure Sri Lanka had gained an exceptional place.

But the indigenous leaders who took control of Sri Lanka after independence lacked the maturity and discipline to sustain the progress Sri Lanka had achieved and to advance it further. Though on the exterior they looked modern, the interior always remained feudal. So much so they were heavily influenced by racism, caste and religion. Their knowledge and understanding of democratic norms remained rather low.

They adopted a policy of promoting and exacerbating ethnic, caste and religious differences for narrow political gains rather than attempting to build the Sri Lankan nation by disregarding the recognition of such differences. Instead of adopting a policy that would safeguard the principles of the Constitution, they often violated it for narrow political advantages.

The chauvinistic and anti-democratic policies followed by them complicated the socio-political system and weakened the economy of the country. Consequently, instead of becoming a peaceful and progressive country, Sri Lanka turned out to be a failed state with a dismal past of incessant bloodshed, being unable to move forward.

Failure to build the modern nation state can be considered as the central cause of Sri Lanka’s failure. On the eve of independence there remained a positive feeling that kindled aspirations of a better future in the minds of the people of oppressed castes in Sinhala and Tamil societies and those of ethnic and religious minorities.

The Burgher community was the first victim of racism. Burghers were a small ethnic group consisting of people born out of mixed marriages among European peoples who served in Sri Lanka during the colonial period. Unlike Sinhala, Tamil and Muslim communities, they were white-skinned and consisted of a small community of English-speaking educated people. They in fact formed the backbone of the public service during colonial rule.

In terms of attitudes, they were more liberal than the Sinhalese, Tamils â€‹â€‹and Muslims. But the Sri Lankan community had developed a derogatory attitude towards them. They were disparagingly nicknamed as ‘Thuppahi’ or ‘Karapothu Lansi’ or ‘Cockroach Burghers’.  Realising that they had no future in Sri Lanka they left the country following independence and migrated to countries like Australia. As a result, Sri Lanka lost an important social capital that could have been utilised to modernise Sri Lankan society.

Indian plantation workers were the next to fall victim of racism. Even before the ink of the Soulbury Constitution had dried, D.S. Senanayake, the first Prime Minister of independent Sri Lanka, enacted Citizenship Ordinances, depriving  the citizenship rights of estate workers who had lived a long period in Sri Lanka continuously.

D.S. Senanayake considered the Lanka Sama Samaja Party (LSSP) as his main adversary. He failed to secure the required number of seats in the Parliament to form a government of his own. In a desperate attempt to set up a government with the support of other minority parties, the Prime Minister was outraged when the representatives of plantation workers ganged up with the LSSP and refused to support him. By depriving the plantation workers of their citizenship rights, the Prime Minister intended to curb the growth of the LSSP in addition to teaching a lesson to the plantation workers who acted against his aspiration.

The citizenship laws had a devastating impact on the people of Indian origin. Consequently, until 1977 they were unable to elect a single member to represent them in Parliament. There was only one member they could elect in 1977. This error was rectified only in 1988.

The Tamil people of Sri Lanka were the third victims of brutal racism. S.W.R.D. Bandaranaike came to power in 1956, promising that the Sinhala would be made the official language within 24 hours of his being elected to power which was contrary to the general consensus reached among the political parties in regard to the use of vernacular languages.

Prime Minister Bandaranaike made Sinhalese the official language in a manner that deprived the Tamils â€‹â€‹of their right to do their work in their own language. They fought peacefully and non-violently but vigorously to change the status of second-class citizenship that had been imposed on Tamil people. All those fights were suppressed employing State power.

Apart from the above, the policy of standardisation implemented by the United Front Government in 1971 for university enrolment by introducing a district quota as a parameter within each language led to limit the entry of Tamil students to universities to a large extent.

This situation turned out to be a source of great anger in the Tamil youth. Even the 1972 Constitution had become a source of strong opposition of Tamils. The end result of all these was that by 1976 the Tamils started pushing for a separate Tamil state.

Factors such as ethnicity, caste and religion had a great impact on the violence and bloodshed that has occurred in the country since the ’70s. These violent clashes, apart from destroying a huge number of lives, have caused massive damage to property as well. These conflicts, in addition to weakening the economy, resulted in deteriorating the socio-political system of the country causing a big mess and distortion in it. As a result of this trend the plundering of public property has become a permanent feature of State rule from 1977 onwards, making the State and its institutional system corrupt.

By the time the internal war was over in 2009, the social and political system of the country as well as the economy had plunged into an unsteady situation being unable to move forward without introducing structural reforms to restore and recreate them. But neither the Government that won the internal war nor the Yahapalana Government which succeeded the former fulfilled the need for structural reforms.

Thus, the collapse of the whole system of Sri Lanka can be described as a direct outcome of the situation outlined above. The sudden outbreak of coronavirus on top of that can be said to have accelerated the process of collapse. Thus, the failure to build the modern nation can be cited as the main factor underlying the present crisis of Sri Lanka. All other factors such as corruption can be considered as secondary issues tied to the main crisis. I look forward to explaining the mechanisms by which Sri Lanka could overcome this huge crisis in the next article.