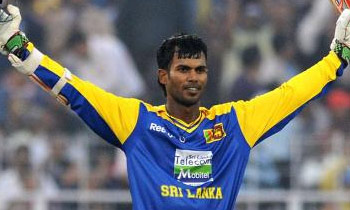 It said Tharanga will captain the ODI series in South Africa in the absence of Angelo Mathews who returned home.

Mathews had informed the management of SLC that he may need to take time off to be with his family. A hamstring injury on the 2nd T- 20 on Sunday ruled him out of the match forcing the skipper to make an early exit for the rest of the series.

Both Nuwan Pradeep and Dhanushka Gunathilaka also returned to Sri Lanka on Tuesday owing to their injuries.