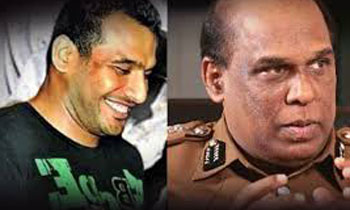 He said the CID was checking the phone calls taken on that number.

The CID sought court permission to check the details of Thajudeen's credit card details on May 16 and 17, 2012.
The detectives said they were also investigating the transactions carried out by eight individuals since 2012. (Shehan Chamika Silva)