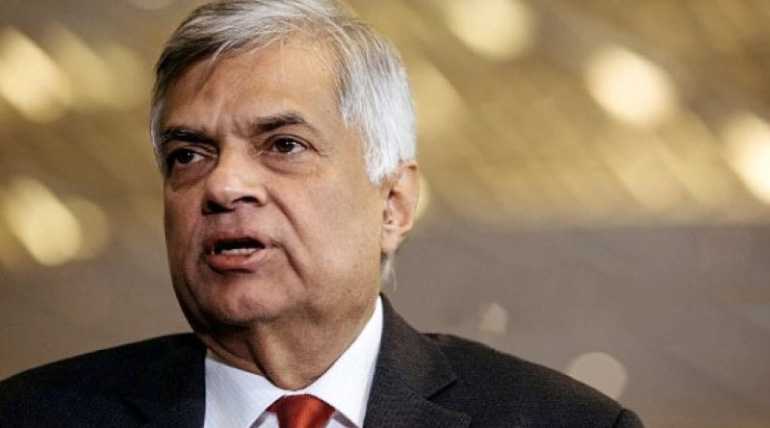 Wickremesinghe made the comments while taking part in a webinar organised by Indian media organisation Sphere Travel Media, to discuss the impact COVID-19 would have on the Asian region.

The former Prime Minister warned that unless governments step forward with measures that encourage the growth of the private sector, economic recovery in Asia will take many years.

He explained that countries such as India and Sri Lanka were not members of the International Development Association (IDA) of the World Bank, and would face the prospect of having to obtain commercial loans at higher rates to fund the recovery of their economies. He pointed out that with emerging markets having debt in excess of $ 3.2 trillion awaiting repayment this year, the demand for commercial loans will see countries such as Sri Lanka face higher interest rates.

“With the debt servicing due, countries in South Asia will also be forced to increase their expenditure in healthcare, forcing them to seek out alternative forms of revenue,” he stated. Commenting on a bleak financial future, Wickremesinghe stated that Sri Lanka, India and Pakistan must pursue the path of a market economy.

Explaining the burden of financial recovery would be too great for the State alone to handle, the protection and promotion of the private sector was essential, Wickremesinghe said. He stressed the need for governments to encourage private sector growth and ensure ease of doing business.

The former Prime Minister opined that tax concessions alone would not be an attraction for new businesses, urging the Government to ensure a comprehensive system of ease of doing business was introduced in the country. “Our scale of private sector businesses in Asia are much smaller than that is seen in the US or Europe, not only must we promote new businesses, but we must also protect the existing businesses from going bankrupt,” he added.

Describing the COVID-19 pandemic as a power shift, Wickremesinghe went on to say the economic power of the world was shifting from the traditional Western powers to the emerging Asian markets. “We must develop our own markets, we have the power to do so with the largest market space in the world,” he said.

“We have seen a decline in demand for our exports in Europe and the US, the pandemic is forcing us to turn our attention to Asia. If we do so we can create a new global marketplace that will benefit all Asian countries,” Wickremesinghe said, using Sri Lanka as an example and expressing concern about shrinking markets for exports.

He highlighted the Bay of Bengal as a key area of focus for post-COVID-19 recovery, opining that not only should a marketplace be created in the region, but regional tourism should also be explored. Wickremesinghe cited Caribbean tours as an example, questioning as to why a similar model could not be adopted in the Bay of Bengal servicing many South Asian nations including Sri Lanka seamlessly.