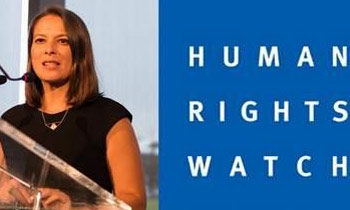 On Wednesday, he beckoned asylum seekers who fled to Australia to return, assuring they would be “quite safe”.

“They can come back to Sri Lanka and we will help them… but remember, they broke the law by attempting to come to Australia,” he said.

UN High Commissioner for Human Rights Zeid Ra’ad Al Hussein said in 2015 “Our investigation has laid bare the horrific level of violations and abuses that occurred in Sri Lanka, including indiscriminate shelling, extrajudicial killings, enforced disappearances, harrowing accounts of torture and sexual violence, recruitment of children and other grave crimes.”

Both the Sri Lankan government and the rebel Liberation Tigers of Tamil Eelam were likely to have committed the abuses, the investigation found.

The investigation recommended Sri Lanka bring to trial those responsible for alleged war crimes in a court that was both domestic and international – where the international element would help ensure accountability.

It urged the country to integrate “international judges, prosecutors, lawyers and investigators that will be essential to give confidence to all Sri Lankans in particular the victims, in the independence and impartiality of the process, particularly given the politicisation and highly polarised environment in Sri Lanka.”