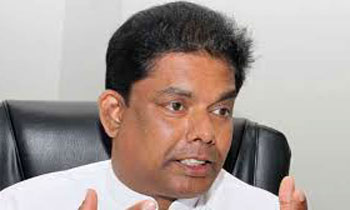 The Minister said this at a special meeting with Information Commission Chairman, committee members and media ministry members at the parliament premises yesterday.

Accordingly, every citizen in the country will get their right to know the information they need from any government institution.

“For example you can’t demand the breakdown of arms and ammunition of the Army. You can't ask how many multi- barrel rockets the army has etc. Those details are not supposed to be revealed. You can’t ask a doctor about his treatment for a particular patient. That is the privacy of the patient. You can’t ask premature disclosure of foreign trade agreements,” he said.

People can obtain their details in three languages, the minister said. (Chaturanga Pradeep)