You are here: Home / Breaking News / Proper security may have prevented the shooting: Swaminathan – Daily Mirror 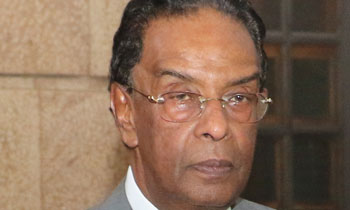 There was a possibility of preventing the shooting at Kalutara if the police were able to provide sufficient security to the Black Maria, Prison Reforms, Rehabilitation, Resettlement and Hindu Religious Affairs Minister D.M. Swaminathan said today.

“When asked to do so, the Police has informed that they were unable to provide securitybecause of the lack of sufficient police personnel to do so,” the minister said.

However, it was reported that the prison guards had transported the prisoners in twoBlack Maria.
Meanwhile, the minister said a separate investigation would be carried out by a three-member committee consisting of former Magistrate Rumi Mansoor, Former Additional Secretary to the Defence Minister, S. Medawewa and former DIG GaminiNavaratne.

He said the Ministry Secretary was instructed to pay compensation to the families of the prison guards killed in the incident. (Thilanka Kanakarathna)