You are here: Home / Breaking News / President Sirisena brought me back to politics: MR – Daily Mirror 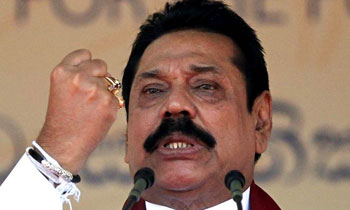 Former President Mahinda Rajapaksa said today it was President Maithripala Sirisena who brought him back to politics whereas he decided to retire from politics.
“I was going to retire from politics and take a rest but President Sirisena brought me back to politics,” he said.
Mr. Rajapaksa said that Joint Opposition members, including Wimal Weerawansa, Dinesh Gunawardane and Vasudewa Nanayakkara had forced him to return to active politics and urged him not to retire, he said while addressing a meeting at Nugegoda recently(Ajith Siriwardena)