You are here: Home / Breaking News / Only one sovereign legislature with subsidiary bodies: Jayampathi – Daily Mirror 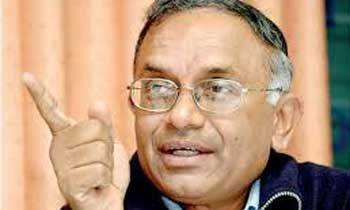 Government MP Jayampathi Wickramaratne, who is playing a pivotal role in the constitution-making process said there would only be one sovereign and central legislative body in a unitary state and those proposed in the interim report were subordinate legislative bodies.

He said this during the debate on the constitution-making process and that in an ekiya rajya or unitary state as mentioned in the interim report what is proposed is to have several subsidiary legislative councils other than the central legislature.

Referring to a ruling given by the then Chief Justice Sharvananda, he said there could be more than subsidiary legislative bodies which were not sovereign in a unitary state and that position would be preserved in making the new Constitution. He said if the central legislature had the power to abolish the provincial councils, it was very clearly a unitary state.