You are here: Home / Breaking News / Nationalism in Our Times – Daily Mirror


The lessons from the modern world, of the tumultuous emergence of nation states, are often forgotten. We are again caught in the throes of dangerous nationalist mobilisations around the world. While economic crises may contribute to such ideological and political developments, that alone cannot explain the resurgence of nationalism. Whether it is the lunatic tirades of Trump, the racist tide in Europe, the muscular national projects of development and militarisation in China and India, they all draw on their own histories of cultural nationalism, racism and xenophobia. 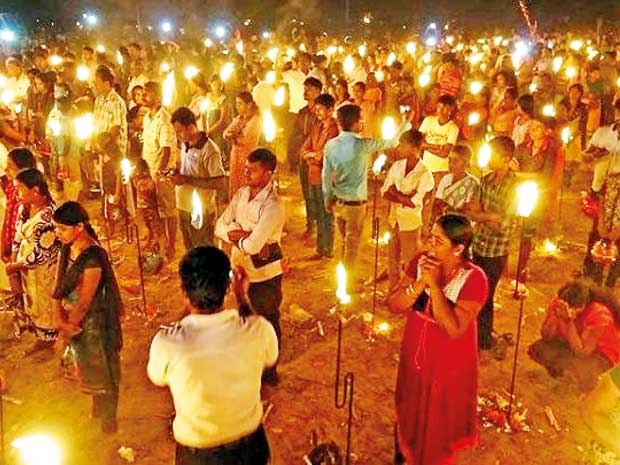 Martyrs’ Day observations  in the North in 2017

Sri Lanka may also not escape the resurgence of such cultural nationalism. While Sri Lanka is too small a country to initiate external wars or invade other countries, being caught in this destructive global wave of nationalism can nevertheless tear apart our country. By tear apart, I don’t mean separatism, but the increasing polarisation and the deepening violence of forms of class, ethnic, caste, gender and religious oppression. Such oppression and polarisation, divides society and spirals down into social anarchy and violence.

“The recent resurgence of nationalism has also taken on an anti-Muslim character. Nationalism requires an enemy, and if it is not an enemy outside, it is an enemy within that it seeks”

The disastrous history of nationalism and militarisation is replete with devastating wars around the world. In Sri Lanka, our own civil war should have at least made us question the dangers of militarisation. However, we are still caught in the discourse of “war heroes” in the South and “martyrs” in the North, and in the process we are unable to critically reflect on how we descended into war.
As for our future, another insurgency or civil war in the North is not on the horizon. The Tamil

community has been devastated and weakened to shoulder any such armed project, and the nationalist assertions in recent times are only the opportunistic ramblings of a spineless political elite. Nevertheless, the capture of the Tamil public sphere by such narrow nationalist discourse continues to undermine the revitalisation of the war-torn society and buries people in everyday forms of violence, from gangs to domestic violence.
In the country as a whole, the struggles of people for a decent life and social justice are overshadowed by cultural nationalist assertions drawing on the history of war. The selective celebration of “war heroes” whether it is in the South or the North, is in many ways an affront to the tragedy of war that had engulfed our society. Most of all, such celebration of “war heroes” as well as uncritical mourning of “martyrs” is a major obstacle to begin a much needed discourse of demilitarisation. Here our successive Government leaders have also failed to provide a vision for demilitarisation, instead only posture themselves as protectors of the military.
Demilitarisation should involve the transformation of the large military, including the many young men and women in the military, into civilian life with economic opportunities. The plight of the living, the former Tamil militants, including from the LTTE, continues to be one of sad abandon by Tamil society itself, even as celebration and mourning of those who have died has become the political priority. In this context, my point is also about demilitarising our political culture and our world view, which requires rejecting nationalism. 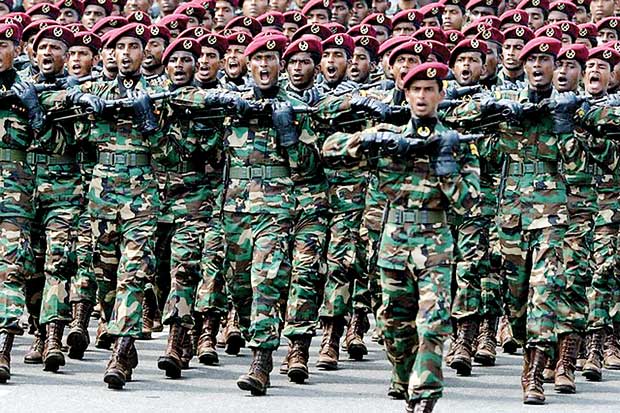 Nationalism inevitably spawns violence. Some may argue that violence at times is necessary, as with the anti-colonial nationalist movements. However, the point I want to make is that the violence of nationalism is not limited to the projects of the nation state and state-making. Rather, such violence 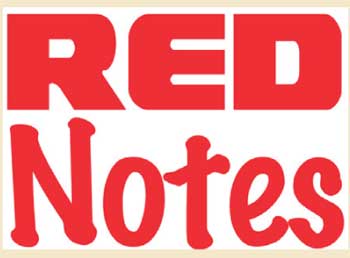 can seep into communities, schools and even families. Nationalism is inherently anti-democratic as it projects the nation above the rights of communities, women, students and workers.
Around the world and in Sri Lanka, the recent resurgence of nationalism has also taken on an anti-Muslim or Islamophobic character. Nationalism requires an enemy, and if it is not an enemy outside, it is an enemy within that it seeks. In our times, the Muslims are increasingly constructed as the “other”, and the enemy on whom violence is deployed.
Thus violence is endemic to nationalism. Such violence was present during the birth of modern nations, it was there during the wars of expansion and world wars in previous centuries and it continues in our times with new forms of nationalist mobilisations.

“Demilitarisation should involve the transformation of the large military, including the many young men and women in the military, into civilian life with economic opportunities”

If nationalism seeks to regiment communities through the power of its discourse and violence, resistance to nationalism also has to come from within those communities. One of the foremost Tamil literary critics, Prof. K. Kailasapathy, had the following to say in a paper titled, ‘Cultural and Linguistic Consciousness of the Tamil community’ delivered in 1979 at a conference organised by the Social Scientists’ Association in Colombo:
“The cultural nationalism of the Tamils is today at the cross roads. It has two options before it. To tread the path of cultural isolation and chauvinism or to identify those features that are also common to the majority community and work out a democratic way of life. The choice would appear to be obvious. But to do that would also mean a national struggle by both communities obfuscating the veil of narrow ethnic interests and marching towards a social order in which there will be no exploitation of man by man.”
That warning was not heeded by the Tamil community and the tragedy ensued. And decades later Kailasapathy’s words still speak to us; not just to the Tamil community but the entire country. The danger now as in the seventies is the resurgence of cultural nationalism that can polarise the country with chauvinism.

After two hundred years of the ravages of nationalism, we should be clear that in our times there is no progressive content to nationalism. Indeed, nationalism proliferates violence and inevitably undermines democracy. The challenge before us is to confront such nationalist forces and work towards alternatives that can build relations between communities and countries, even as we strive for equality and freedom.